Audiobooks for Diary of a Wimpy Kid Fans 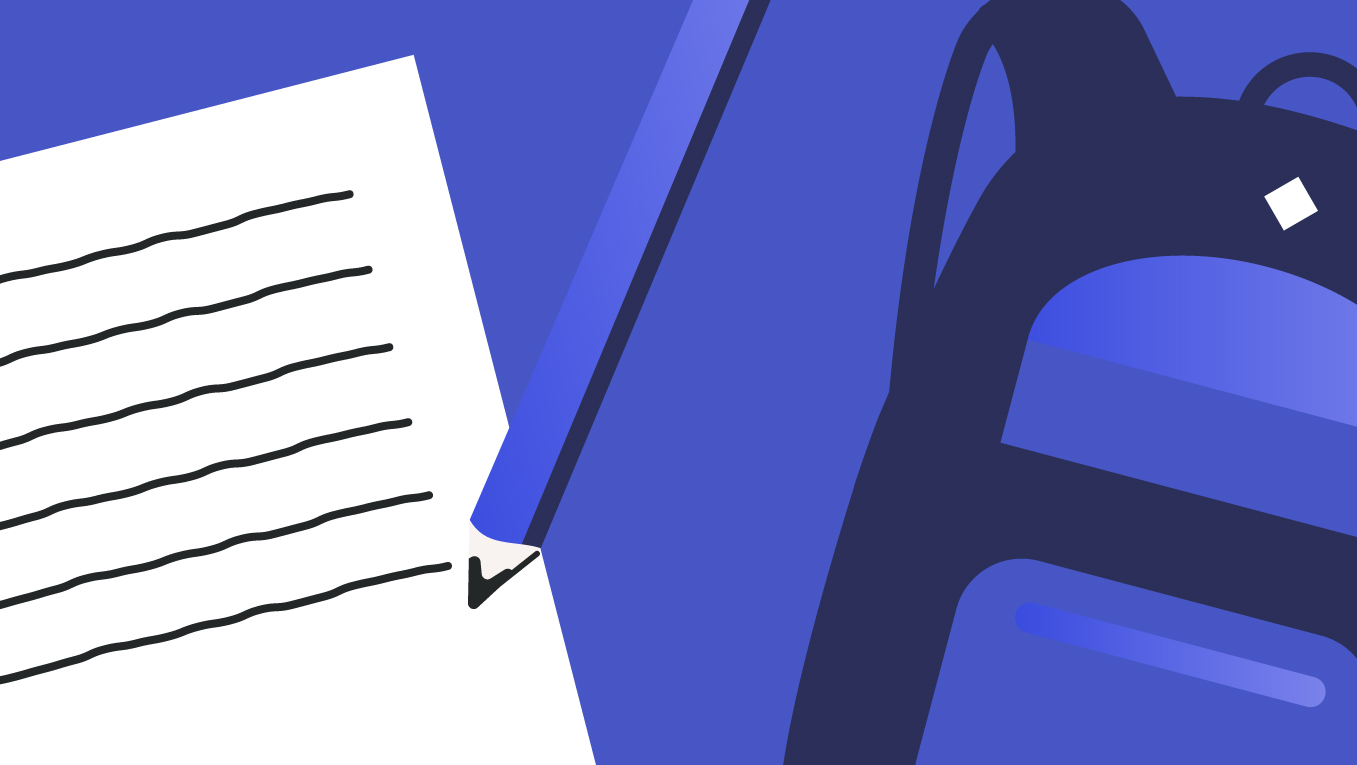 Has your little listener hit replay on Diary of a Wimpy Kid too many times to count? Here’s our top suggestions for their next favourite listen!

Jeff Kinney set the bar high with his beloved Diary of a Wimpy Kid series, but that’s not to say there aren’t audiobooks out there just as hilarious, adventurous, and out-right fun as Greg Heffley’s shenanigans.

From brazen heroines to nerdy heroes, there are plenty more kids to root for as they navigate school, life, and the world.

Here are 11 of the best audiobooks to try for fans of Diary of a Wimpy Kid.

Much like Diary of a Wimpy Kid, Dork Diaries invites you into the mind of a middle schooler—and all the angst and drama and hilarity that entails. This time, it’s Nikki, a total dork and fairly standard pre-teen. She gains a scholarship to a new school, but instead of being excited, she’s mostly just worried about the mean girls that await her there. Hilarious and fun, uplifting and totally dorky, this series by Rachel Renée Russell has 20 titles to enjoy and even has its own spin-off series, The Misadventures of Max Crumbly. The first few titles are narrated by Lana Quintal, a talented artist known for her work on the Junie B. Jones series, while the later releases feature Jenni Barber, who brings Nikki to life with a youthful enthusiasm and emphatic tone.

The Princess in Black

The Princess in Black series by Shannon Hale and Dean Hale

Princesses are usually the type to wear frills, pearls, and lots and lots of pink. Not Princess Magnolia though—her colour of choice is black. Which she happens to wear a lot of, especially while taking down monsters and generally saving the kingdom. And to top it all off, Princess Magnolia has to keep her black-clad superhero alter ego a secret. This series beautifully combines middle-grade listening with a superhero twist, making it perfect for the young listener who likes their heroines with a bit of spunk. Inspired by their daughter who claimed that girls never wear black, husband-and-wife duo Shannon and Dean Hale have created an endlessly fun and adventurous series, all masterfully narrated by actress Julia Whelan.

Like any third-grader, Judy Moody just wants to have fun. And to predict the future. And be famous. And save the environment. And a few other things besides. It’s fair to say Judy has a few different moods, but that just makes her more fun to listen to. This series offers 18 amazing titles, many of which draw from author Megan McDonald’s real-life experiences. The characters are so real and enjoyable that one of them—Judy’s little ‘bother’ Stink—even has his own spin-off series. Audie Award-winning narrator Barbara Rosenblat lends her voice to the earlier titles, while Amy Rubinate brings her own award-winning experience to the later releases.

Before there was Diary of a Wimpy Kid and Greg Heffley, there was Ramona Quimby. Mischievous and unruly, Ramona was introduced to the world as a side character in the Henry Huggins series, where her star power shone through so much that she landed a series of her own. She’s outgoing and always getting into trouble. What’s more, her stories include a number of real-world struggles, such as family issues, the loss of a pet, and other genuine upsets, making this a great choice for kids facing similar challenges of their own. Known to more mature audiences as the face of Betty Rizzo in Grease, narrator Stockard Channing is perfectly suited to the outspoken character of Ramona Quimby.

Timmy Failure: Mistakes Were Made by Stephan Pastis

Part of what made Diary of a Wimpy Kid so popular was the off-the-wall humour and hilarious antics of Greg Heffley, and there’s more where that came from with the hit Timmy Failure series. Across seven titles in the series, ‘hero’ Timmy Failure strives to become a detective with the help of his trusty polar bear sidekick. It’s a shame, though, that Timmy is a bit of a failure at everything. Seasoned kids book narrator Jared Goldsmith offers his energetic and character-driven voice to the series, turning this colourful classic into a new favourite for young listeners. Your little fan will be even happier to learn that this series has been made into a film for Disney+.

With a name like that, Captain Underpants is a winner straight out of the gate. Captain Underpants is, in fact, the brainchild of fourth graders George Beard and Harold Hutchins, who would rather spend their time making up new adventures for their superhero than bothering with school work. With more than a dozen titles, and almost as many spin-offs, this is a series that will keep your little listener entertained for hours on end. It will be especially popular with kids who love comics just as much as they love audiobooks, and the skilled narration trio of Len Forgione, Dazjon Freeman, and Ben D'Amico will help to bring the world of Captain Underpants to life.

Stink Moody is intelligent, curious, and loves investigating the world around him. But he’s also short. And despite spiking his hair and measuring his height every morning, he just can’t seem to get any taller. This series of a dozen titles is a delightful collection of fun and stimulating stories that subtly teaches kids that it’s ok to be on the short side of life. Stink is actually the little brother from the Judy Moody series, and became so popular that he got a series of his own. His adventures are narrated by none other than the voice of Bart Simpson, Nancy Cartwright, in the earlier titles, and talented narrators Amy Rubinate and Barbara Rosenblat later on.

Some kids are happy to sit quietly in class, and do what they’re told on field trips. Those kids are not Joey Pigza. Joey is a kid with a heart of gold but a mind for mischief. It’s not his fault though. Joey really does try to be like those good kids in class. But sometimes, even when he takes his meds, he just can’t sit still. This series offers eight titles, each of which follows Joey as he starts off on his best behaviour but always ends up in some new adventure, often getting into trouble along the way. One of the most special things about this series is that writer Jack Gantos is also the narrator, ensuring Joey sounds exactly as he imagined him.

Do you bond with your little listener over your mutual love of all things Star Wars? You’ll probably enjoy the Origami Yoda audiobooks as much as they will. In this series, loner Dwight is the typical class oddball; his main hobby is folding origami characters. One day, he folds an Origami Yoda. This tiny green paper puppet goes straight onto Dwight’s finger, and becomes his constant companion. For the first time, the entire class starts to pay attention to Dwight, or is it Yoda they’re paying attention to? And who’s actually giving the advice here? This fun and wonderfully geeky series features a cast of skilled narrators, including the author himself, and is a surefire hit with fans of Star Wars and all things imaginative.

Geronimo Stilton is not your usual main character. For one thing, he’s a mouse. For another, he’s a journalist and editor at The Rodent’s Gazette. This internationally renowned release began in Italy but has since been translated into more than 30 languages, so kids from around the world can hear about Geronimo’s increasingly crazy (and often cheese-related) adventures. Geronimo Stilton is perfect for young listeners who enjoyed the hilarity and adventure of Diary of a Wimpy Kid and are drawn to a series written (mostly) by the main character himself. Renowned actor Edward Herrmann and up-and-coming voice artist Bill Lobley lend their skills to this internationally acclaimed series.

Big Nate is so hilarious, that even Jeff Kinney (none other than the author of Diary of a Wimpy Kid) admires his humour. It probably has something to do with the fact that Big Nate believes he is destined for greatness simply because a fortune cookie told him so. Or because he accidentally body slams his principal. Or because of any of the countless other misadventures that just seem to happen to him. This endearing 10-title series offers a similar vibe and style to Diary of a Wimpy Kid, but with a whole new hero to root for. Audie Award-winning narrator Fred Berman offers his suitably mischievous voice to these audiobooks, adding his impeccable comedic timing to the series.

These series are just a sampling of the thousands of audiobooks waiting to captivate young listeners. From fairy tales to action-packed adventures, mysteries to biographies, fantasies to animal stories, Audible offers a wide-ranging selection of outstanding Children’s Audiobooks.