Author's Take: How to End Pandemic Fights With Your Partner 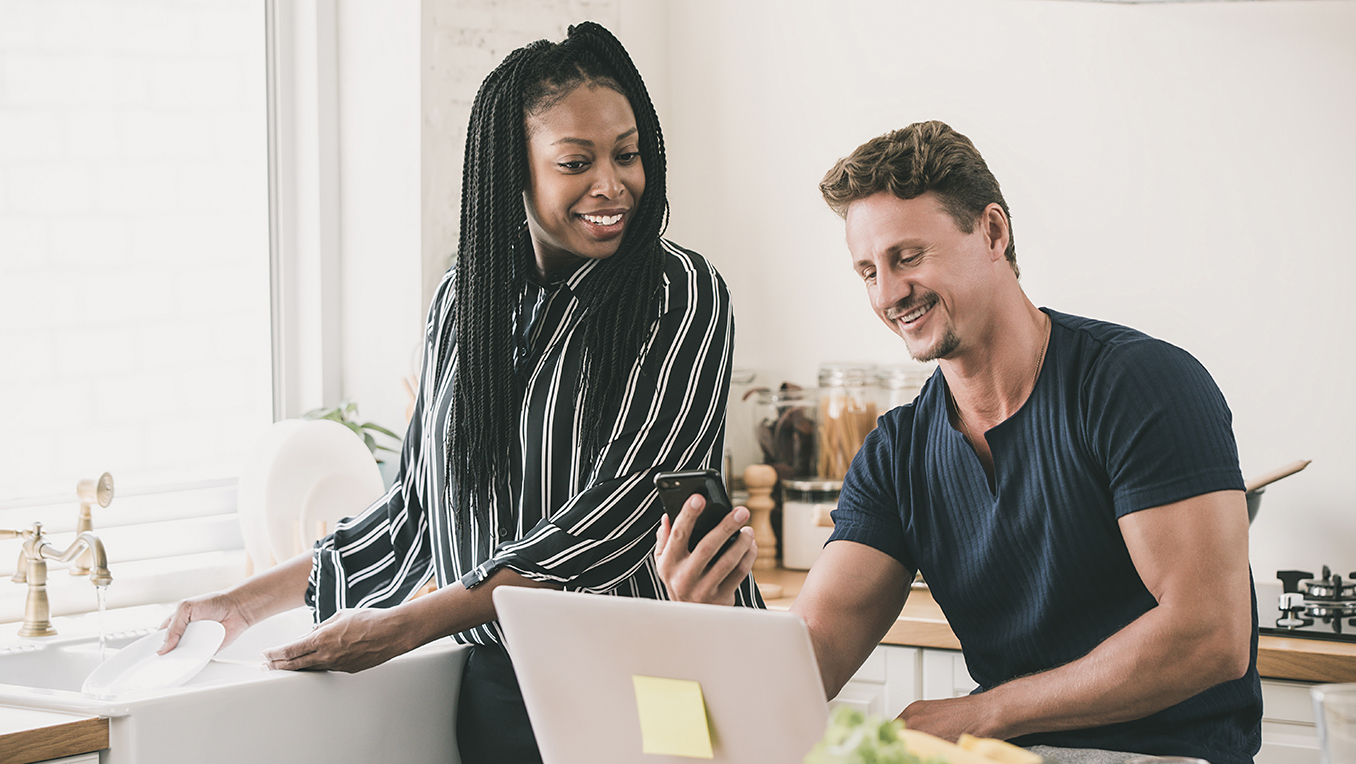 The Secrets to Fighting Less With Your Partner During Lockdown

Couples’ fights in lockdown are often about the unremitting intensity of togetherness. The sooner you de-escalate a fight, the sooner you can begin working on real solutions.

Covid-19 can break marriages. The numbers coming out of the epicenters of the disease, though early and tentative, are dramatic. In Wuhan, applications for divorce have doubled from pre-outbreak levels, overwhelming the bureaucracy. But even for marriages that are not collapsing, Covid-19 is increasing the pressure. We’ve never spent so much time face-to-face with each other, and it’s driving some of us crazy.

The good news and the bad news are the same: There’s a perfectly natural explanation for the unbearable intensity of life under Covid-19. Fighting is a physical response, not an intellectual process. Which is why you’ve never solved a marital problem with a screaming match, and nobody else has either.

To be sure, there is a place for disagreement and argument in a healthy relationship. And fighting is, even for successful couples, an inevitable part of living together. Conflict is not necessarily a sign of an unhealthy relationship, and while marriages that were already faltering may be cracking under the strain, fighting in lockdown is not necessarily about deep structural problems. It can also be about unremitting, unceasing togetherness and the unbearableness of that condition. Many couples fight not because they lack intimacy, but because they possess it.

Understanding that tension requires understanding the physical processes that underlie them. Stan Tatkin is the developer of a psychobiological approach to couples therapy, applying neuroscience to relationships, and in that approach, he says, the content of any given fight doesn’t matter.

“Money, time, mess, sex, kids are the five most argued about,” Dr. Tatkin said. “But here’s the thing, it’s never really about those things. What causes a problem is the manner in which partners interact, especially in distress.”

Very little is known about the future social effects of Covid-19, but one thing is nearly certain, even as states reopen: There’s going to be a lot more distress for couples — less money, less time, more mess and, with no break from the kids for school or summer camp, probably a lot less sex.

“We have brains that are built more for war than for love. In order to survive, we have more threat centers in the brain than anything else. It’s part of the human condition, and it’s part of the problem in all relationships,” Dr. Tatkin said.

That is what isolation under Covid-19 can feel like: We are at war even when we are in love. That’s as much a biological reality as an emotional one.

When a couple is fighting, Dr. Tatkin said, “They’re producing more catecholamines. These are excitatory neurotransmitters and hormones. You’ve got noradrenaline, which makes you very focused, very attentive, but you can also be focusing and attentive on the things that are specifically threatening, and not see other things.” We’re wired to pick up threat, and do so with whatever we see, whoever we’re around, even our partners.

Fighting in close quarters doesn’t just fill us with the sense of threat. It physically hurts us. Claudia Haase, a developmental psychologist who has studied the effects on couples who fight over long periods of time, has seen how the physiology of fighting affects the health of partners.

“Anger activates the cardiovascular system, so it makes your blood pressure go up, it makes your heart rate go up,” she said. Over time, that struggle can have serious physical consequences.

“We found that based on 15 minutes of a marital disagreement conversation, we could predict the development of physical health symptoms over 20 years,” Dr. Haase said. The effects, found in research reported in 2016 in the journal Emotion, were particularly strong for husbands. “If they showed high anger behavior, they had a heightened risk of developing at least one cardiovascular problem, such as high blood pressure, diagnosed heart problem, pain in the chest. If they showed stonewalling behavior, they were really at risk for developing back pain or neck pain or some sort of chronic muscle tension.”

All that is to say, your partner can literally be a pain in the neck.

Since fighting is a physiological response, the simplest way to get out of a fight is to lower the physical effects. It is essential to remember that fighting is not an intellectual process. Fighting is not a way to communicate a position.

“Both people are responsible for making sure that the other is not getting overly stressed to where their heart rate or blood pressure is going up too high,” Dr. Tatkin said. A good way to de-escalate the physiological reaction is eye contact. “That means I’m watching your face. I’m face-to-face, eye-to-eye, in close proximity.”

Dr. Tatkin believes in fighting a lot, briefly. It’s inevitable to fight, but once you know that’s what you’re doing, it’s best to try to get out of it quickly.

“Signal that we’re OK because one of the things that primates and human primates fear the most is abandonment,” he said. “Keep it short. Stay on message. Keep it to the point. Keep it to one topic only.”

You’ve got to get as quickly as possible to a condition of safety because that’s the only time you can have a meaningful discussion about anything anyway. Lower the blood pressure, get to a condition of safety, get face to face with your partner, communicate that you’re no threat. Sound easy? No, it doesn’t sound easy to me either.

For Dr. Haase, calming the physiological response is also the key to de-escalation.

“Engage in what researchers would call physiological soothing,” she said, “where you’re just calming your body down, going for a walk, going for a run, going on the treadmill, doing a silly dance if you can.” So, if you’re going to survive this, look into your partner’s eyes and do a silly dance. If that sounds ridiculous, it is. On the other hand, it’s probably likely to end the fight.

None of these techniques solves marital problems. They can only provide the physical conditions that you need to reach to get to the point where you might address the real problems in your marriage.

Covid-19 is likely to continue to bring more marital problems: money struggles, differences over child-rearing during a crisis, messy houses, less time alone. These are not going to be solved by eye contact and silly dances. But they can’t be solved by fighting either, and the sooner you de-escalate a fight, the sooner you can begin working on real solutions.

Fighting in marriage is inevitable. Fighting is the price you pay for intimacy. To be close to someone is to risk threat, and to react to threat. But the couples that work, over time, learn to pay less and less for the intimacy. What they know, what they’ve come to understand, both in their minds and in their bones, is that when you pay, when you fight, you’re paying for nothing.

The time for reasonable discussion of marital problems is in quiet calm, after the crisis, assuming the crisis ends and some quiet calm eventually comes. You fight with people you love because they are the ones who are really threatening to you, and they’re threatening exactly because you love them and you need them. When are we going to need our partners more than now?

Stephen Marche is a writer and host of an audio series on marriage on Audible that starts on June 11.