Star Wars Quotes to Awaken the Force Within You 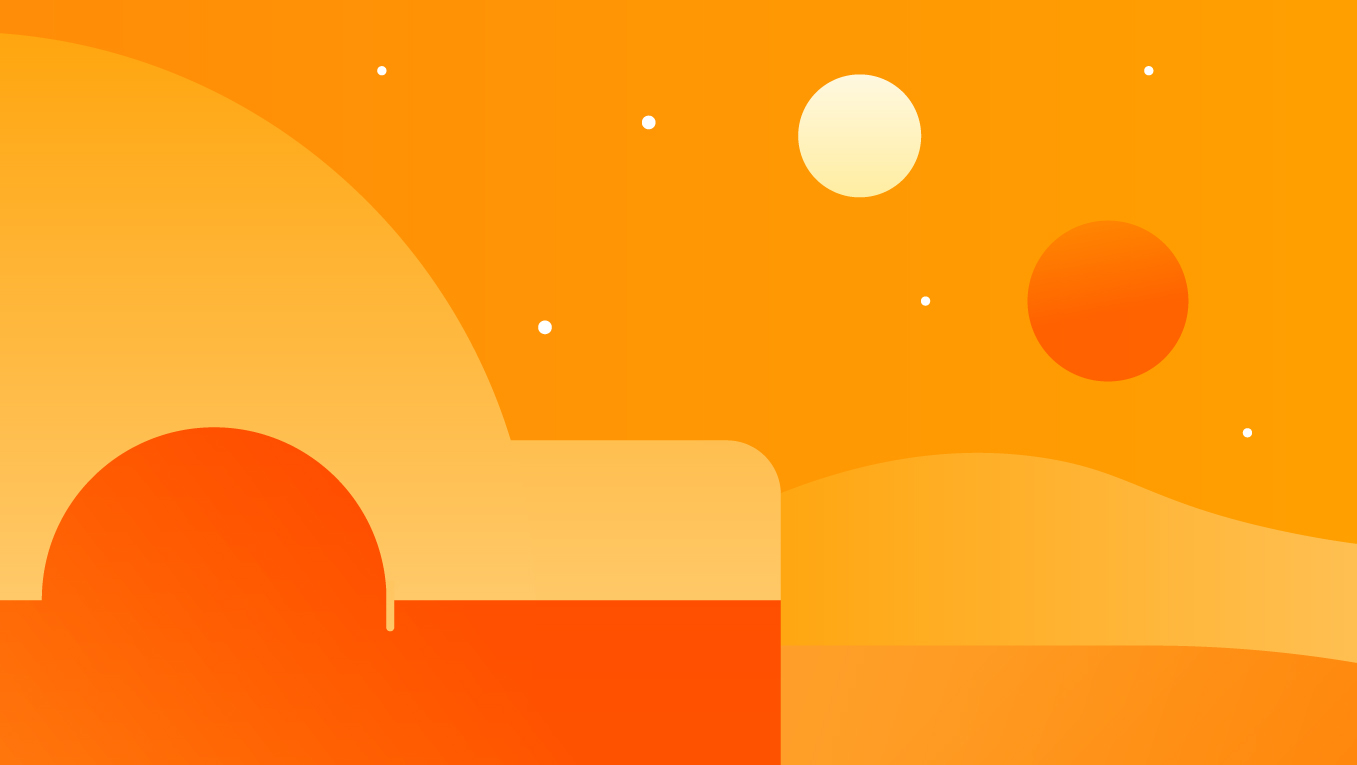 One of the most quoted works, especially amongst lovers of science fiction and fantasy, are the Star Wars sagas. But though many assume much of the famous wording comes from films, the audiobooks are actually the primary source of countless inspiring, hilarious, wise, and heartfelt quotes about everything from leadership to the Force.

Star wars lovers and audiobook listeners alike will find countless quotes to inspire them, make them laugh, or fill them with hope. By diving into the deep world of Star Wars, both fans and those new to the series will find something to connect with.

Here we’ve compiled some of our favourite Star Wars quotations about everything from space to love and friendship, from the humorous to the very deep.

It’s not just Han Solo that cracks the one-liners and jokes. The Star Wars sagas in general are full of hilarious and witty lines and sayings that are sure to bring a smile to your face or leave you laughing. Here are some of our favourite funny Star Wars lines.

1.“Thanks, Darth Obvious. Or is it Emperor Palpable?” Aftermath: Star Wars by Chuck Wendig

2.“I need you to fly like a Wookiee whose hair is on fire–and who thinks everybody lit the match.” A New Dawn: Star Wars by John Jackson Miller

5.“Cheers the spirit, humor does, even at the darkest times.” Dark Disciple: Star Wars by Christie Golden

What could be more inspiring than listening to the tales of rebels, apprentices, rulers, and empires fighting for truth, freedom, and justice? The very basis of the Star Wars sagas serves to inspire both hope and hardwork in any listener. Check out these quotes that are sure to motivate.

6.“Or maybe it’s time for people to be their own Jedi. They weren’t gods—just people like us, who saw a need. If they could find a way, I’m sure we can.” A New Dawn: Star Wars by John Jackson Miller

7.“There are truths, and there are legends touched with truth, and all can teach you something.” A New Dawn: Star Wars by John Jackson Miller

8.“Even a small group of people can change the galaxy.” Aftermath: Star Wars by Chuck Wendig

9.“Be patient. Be strong. Fight back where you can. The Imperial war machine falls apart one gear, one gun, one stormtrooper at a time. The New Republic is coming. And we want your help to finish the fight.” Aftermath: Star Wars by Chuck Wendig

10.“‘Grieved are we all, to see so many suffer,’ he said. ‘Courage, the youngling had, at the end. Forgotten, she and her people will not be.’” Dark Disciple: Star Wars by Christie Golden

11.“It matters which side we choose. Even if there will never be more light than darkness. Even if there can be no more joy in the galaxy than there is pain. For every action we undertake, for every word we speak, for every life we touch—it matters.” Master and Apprentice (Star Wars) by Claudia Gray

Much of what the Star Wars stories are based on is the relationships between masters and apprentices. Discipline, learning, and training are key parts of the plots and character development throughout the works. Because of this, there are tons of great quotes to be found about leadership. Here are some of our favourites.

12.“An apprentice was unquestioningly loyal until the moment he wasn't. Both Master and apprentice knew this.” Lords of the Sith: Star Wars by Paul S. Kemp

13.“Focus on what you can do, instead of what you can’t.” Master and Apprentice (Star Wars) by Claudia Gray

14.“All interstellar empires rose and fell, ultimately, on their ability to deliver on this one simple, unexciting thing: logistics.” A New Dawn: Star Wars by John Jackson Miller

15.“The rebellion is home to all kinds.” Aftermath: Star Wars by Chuck Wendig

16.“Democracy is not in need of defense. People are.” Aftermath: Star Wars by Chuck Wendig

18.“‘But the Jedi had a saying about fear. It leads, ultimately, to suffering.’ Hera paused. ‘Someone has to break the chain.’” A New Dawn: Star Wars by John Jackson Miller

Just because Star Wars takes place in a galaxy far, far away doesn't mean it doesn’t have a whole bunch of great sayings about life and how we live it. Whether it's the wisdom of a Jedi, or a commentary on human (or alien) kind, the words of the Star Wars stories can offer amazing truths about life in general.

19.“‘But seeing and doing nothing isn’t the worst thing,’ Hera had said. ‘The worst thing is to see and not to care.’” A New Dawn: Star Wars by John Jackson Miller

20.“War is not a state of being. It is meant to be a temporary chaos between periods of peace. Some want it to be the course of things: a default fact of existence.” Aftermath: Star Wars by Chuck Wendig

21.“Strange as it was, he understood there was grace and strength in this pain; a reminder of what should never be forgotten.” Dark Disciple: Star Wars by Christie Golden

22.“If ever she is to die, it should be out here, in space. Born from stardust, returned to stardust.” Aftermath: Star Wars by Chuck Wendig

23.“People are more than their worst act. And they are also more than the worst thing ever done to them.” Master and Apprentice (Star Wars) by Claudia Gray

24.“I wanted what we had. What we were going to have. Together. We had a future.” Dark Disciple: Star Wars by Christie Golden

Quotes About the Force

There is nothing more famous about the Star Wars sagas than the Force. Any fan knows of the Force—the unseen power which flows through everything and everyone. It embodies the balance of both good and evil, light and dark, and is constantly at a give and take within the universe. Here are our favourite quotes about the Force.

25.“Success doesn’t come from summoning help from the Force, but from taking control of it and generating the power from within yourself.” Star Wars: Darth Plagueis by James Luceno

26.“He’d known only that, in the end, the Force hadn’t helped her. Or any of the other Jedi he’d heard about.” A New Dawn: Star Wars by John Jackson Miller

27.“The mystical Force, the energy field all Jedi drew upon for strength, could come in handy.” A New Dawn: Star Wars by John Jackson Miller

29.“Some people, he thought, are drawn to the light as surely as flowers that bend toward a sun.” Master and Apprentice (Star Wars) by Claudia Gray

30.“To say that the Force works in mysterious ways is to admit one’s ignorance, for any mystery can be solved through the application of knowledge and unrelenting effort.” Star Wars: Darth Plagueis by James Luceno

31.“Beings may elect their leaders, but the Force has elected us.” Star Wars: Darth Plagueis by James Luceno

32.“Each life, a flame in the Force is. Beautiful. Unique. Glowing and precious, it stands, to bravely cast its own small light against the darkness that would consume it.” Dark Disciple: Star Wars by Christie Golden

33.“To be strong in the Force is one thing. But to believe oneself to be all-powerful is to invite catastrophe. Remember, that even in the ethereal realm we inhabit, the unforeseen can occur.” Star Wars: Darth Plagueis by James Luceno

Quotes as Deep as Space Itself

As deep as space, and as awe inspiring, too. These Star Wars quotes about wisdom and truth are full of deep thought that will open your mind. Just as Yoda delivers rich lines of resonating truth, so too do these quotes offer wisdom that will make you stop and think.

34.“Sometimes it’s possible for a decision to be right and wrong at the same time.” Lords of the Sith: Star Wars by Paul S. Kemp

35.“The past is a ghost that haunts us. Ghosts must be banished.” Lords of the Sith: Star Wars by Paul S. Kemp

36.“Elders say that too much technology makes us slaves all over again.” Lords of the Sith: Star Wars by Paul S. Kemp

37.“Sometimes it is a dark path we must tread so that long more for the light, we shall.” Dark Disciple: Star Wars by Christie Golden

38.“Few do, at first. A small step, the one that determines destiny often is.” Dark Disciple: Star Wars by Christie Golden

40.“Through power we gain victory, and through victory our chains are broken. But power is only a means to an end.” Star Wars: Darth Plagueis by James Luceno

41.“That’s what it does. Nothing is ever enough. You get more, and more, but you’re never happy. It’s a trap baited with all the things you want most. That life—it’s not worth living.” Dark Disciple: Star Wars by Christie Golden

42.“Averross: ‘You've made mistakes Qui-gon. You've touched darkness.’ Qui-Gon: ‘Yes I have. No doubt I will again. This isn't a choice we make once and walk away from. It's the work of a lifetime.’” Master and Apprentice (Star Wars) by Claudia Gray

43.“There was no Jedi so wise that he could not be undone by his own assumptions.” Master and Apprentice (Star Wars) by Claudia Gray

44.“The mind is a dynamo in the dark, an engine endlessly running, powering nothing. It thrashes in the night, seeking daylight, inventing its own.” A New Dawn: Star Wars by John Jackson Miller