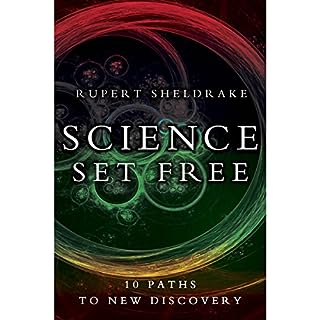 Dr. Rupert Sheldrake, one of the world's most innovative scientists, here shows the ways in which science is being constricted by assumptions that have, over the years, hardened into dogmas. Such dogmas are not only limiting, but dangerous for the future of humanity. According to these principles, all of reality is material or physical; the world is a machine, made up of inanimate matter; nature is purposeless; consciousness is nothing but the physical activity of the brain; free will is an illusion; and God exists only as an idea in human minds.

The most powerful biases are the ones we don't realize we hold. This book challenged a lot of my assumptions about fundamental issues. Definitely worth the time. 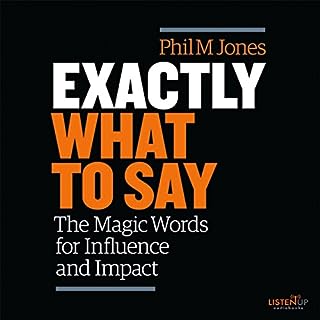 Often the decision between a customer choosing you over someone like you is your ability to know exactly what to say, when to say it, and how to make it count. Phil M. Jones has trained more than two million people across five continents and over 50 countries in the lost art of spoken communication. In Exactly What to Say, he delivers the tactics you need to get more of what you want.

Straight to the point - no bs

Listen to it. Then listen to it again, one section at a time with a notebook. Make it your own and use it.