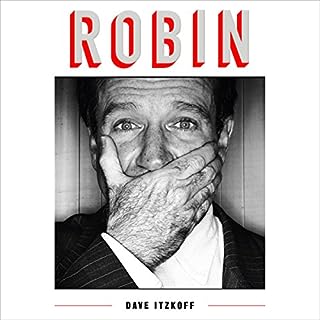 From his rapid-fire stand-up comedy riffs to his breakout role in Mork & Mindy and his Academy Award-winning performance in Good Will Hunting, Robin Williams was a singularly innovative and beloved entertainer. He often came across as a man possessed, holding forth on culture and politics while mixing in personal revelations - all with mercurial, tongue-twisting intensity as he inhabited and shed one character after another with lightning speed. But as Dave Itzkoff shows in this revelatory biography, Williams’ comic brilliance masked a deep well of conflicting emotions and self-doubt.

Everything you ever wanted to know about Robin

A well written and seemingly full account of Robin Williams' life, which was well performed. Great listen for a comedy fan. #Audible1