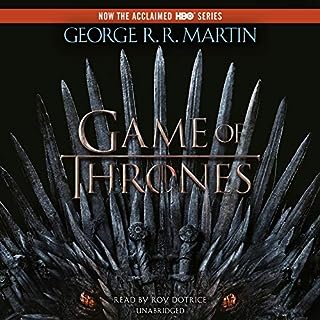 Seen the tv show not knowing the books. The first book is amazing! can't wait to hear the other ones!