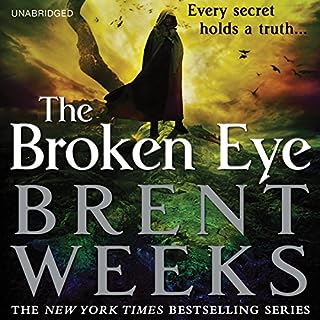 Without the protection of his father, Kip Guile will face a master of shadows as his grandfather moves to choose a new Prism and put himself in power. With Teia and Karris, Kip will have to use all his wits to survive a secret war between noble houses, religious factions, rebels, and an ascendant order of hidden assassins called The Broken Eye.

Brent Weeks. you've done it again. And Simon, what an execution! I'm always so totally impressed and blown away by both works here. Wow! What will come next! 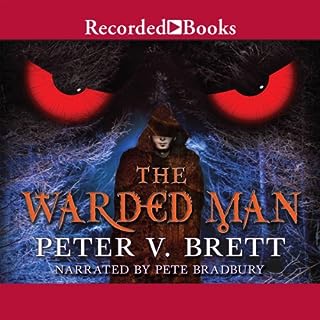 Peter V. Brett has won accolades from critics, fans and fellow authors alike for this riveting debut novel. The Warded Man features a world where demons stalk the night, hunting humans who have long forgotten the magic of their ancestors. But all is not lost, as some hold out hope that a savior will release humanity from the demons' terrifying reign.

I absolutely loved this book. Arlan's evolution hit home. The magic system is very unique. The characters were very human. Peter Brett this is my first book of yours I've read, and I must say I consider you one of my favorite authors now. The voice actor who narrated the book was excellent. Keep em coming! On to the Desert Spear! #Audible1 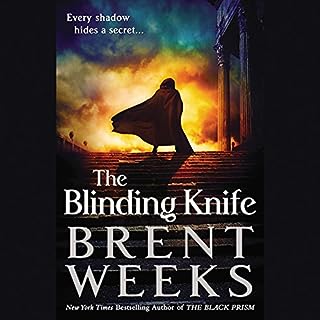 Gavin Guile is dying. He'd thought he had five years left - now he has less than one. With 50,0000 refugees, a bastard son, and an ex-fiancée who may have learned his darkest secret, Gavin has problems on every side. All magic in the world is running wild and threatens to destroy the Seven Satrapies. Worst of all, the old gods are being reborn, and their army of color wights is unstoppable. The only salvation may be the brother whose freedom and life Gavin stole 16 years ago.