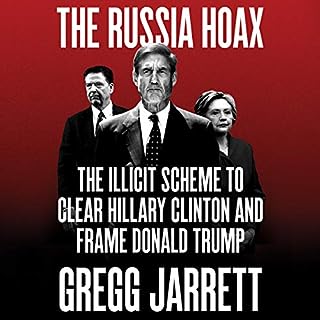 Fox News legal analyst Gregg Jarrett reveals the real story behind Hillary Clinton’s deep state collaborators in government and exposes their nefarious actions during and after the 2016 election. This audiobook reveals how persons within the FBI and Barack Obama’s Justice Department worked improperly to help elect Hillary Clinton and defeat Donald Trump in the 2016 presidential election. When this suspected effort failed, those same people appear to have pursued a contrived investigation of President Trump in an attempt to undo the election results and remove him as president.

A good overview of the evidence that the FBI/DoJ let Clinton off easy and fabricated a case against Trump.