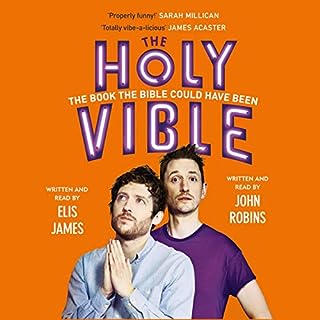 Comedians Elis James and John Robins have captured the hearts and minds of a generation, and it's time those hearts and minds had a book. Elis and John met in 2005 performing stand-up comedy in a pub called The Yellow Kangaroo in Cardiff. They eyed each other suspiciously before Robins offered the limpest handshake in the history of the world. 'It was a power play,' says Robins. 'I may even have raised it for him to kiss.'

Huge fan of these two...retro PCD here. Expected something a little different. Just an alphabetized rehash of stories we've heard over the years. I never buy audiobooks, but did this one with great anticipation. Overall disappointed-11 hours and 43 minutes-laughed out loud once.
Still a fan and the podcast will continue to downloaded every Sunday.