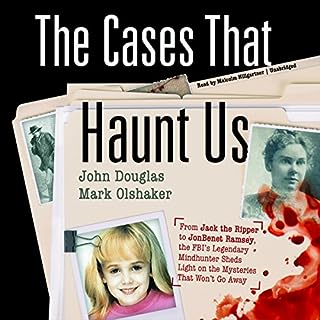 Did Lizzie Borden murder her own father and stepmother? Was Jack the Ripper actually the Duke of Clarence? Who killed JonBenet Ramsey? America's foremost expert on criminal profiling and 25-year FBI veteran John Douglas, along with author and filmmaker Mark Olshaker, explores those tantalizing questions and more in this mesmerizing work of detection. With uniquely gripping analysis, the authors reexamine and reinterpret the accepted facts, evidence, and victimology of the most notorious murder cases in the history of crime.

Overall this book is fantastic, however John Douglas comes across as pompous and condescending when he speaks of his past and his achievements. The true crime aspects of the book are well worth the read though.