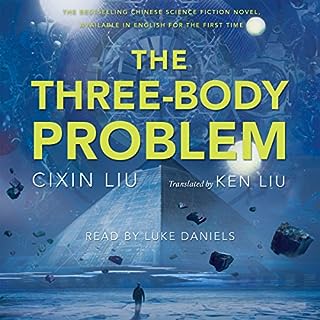 i enjoyed the concept and the historical context of this tale. for some reason though, the story fell flat for me. i do think that some of the heart and soul of this work is lost in translation. the strange pronunciations of the narrator (including the bizarre Marvin the Martian voice for the Princeps) didn't really help. 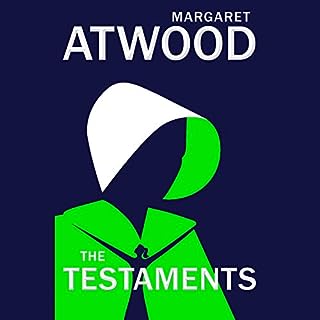 Great exploration of life in a fictional theocracy

Ann Down should get an Oscar for audio book narration. She brings Atwood's cunning musings to life. The producers of this recording should demand a refund and reparation payments from Bryce Dallas Howard for her god awful performance that should be considered a crime against humanity. 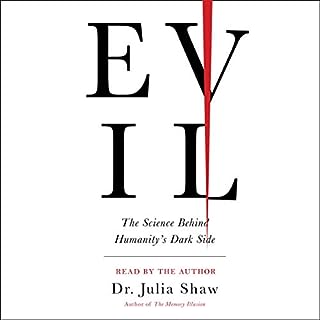 What is it about evil that we find so compelling? From our obsession with serial killers to violence in pop culture, we seem inescapably drawn to the stories of monstrous acts and the aberrant people who commit them. Dr. Julie Shaw uses case studies from academia, examples from popular culture, and anecdotes from everyday life to break down complex information and concepts and offers listeners a better understanding of the world, ourselves, and our Google search histories.

Great intro into the topic for people who have never thought about it before. For someone with even limited experience in the subject it might be a bit too simple. Sometimes the distance between academic writing and science journalism is a bit jarring, and in this case it's due to the very personal, human injections by the author. I would like to read her academic work. 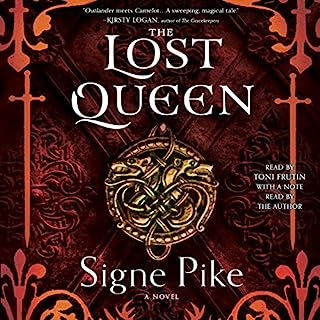 In a land of mountains and mist, tradition and superstition, Languoreth and her brother Lailoken are raised in the Old Way of their ancestors. But in Scotland, a new religion is rising, one that brings disruption, bloodshed, and riot. And even as her family faces the burgeoning forces of Christianity, the Anglo-Saxons, bent on colonization, are encroaching from the east. When conflict brings the hero Emrys Pendragon to her father’s door, Languoreth finds love with one of his warriors. Her deep connection to Maelgwn is forged by enchantment, but she is promised in marriage to Rhydderch, son of a Christian king.

Loved the setting, the intrigue, the lore, and many characters. But the main character was not very interesting and this story was told from her perspective. Even the author's note at the end is all about merlin, her brother. This was a bit of a let down for me. 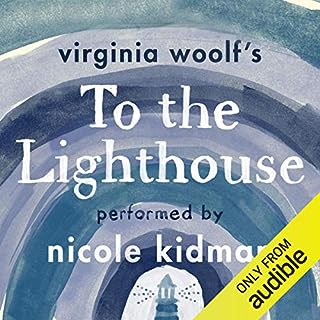 To the Lighthouse is Virginia Woolf’s arresting analysis of domestic family life, centering on the Ramseys and their visits to the Isle of Skye in Scotland in the early 1900s. Nicole Kidman ( Moulin Rouge, Eyes Wide Shut), who won an Oscar for her portrayal of Woolf in the film adaptation of Michael Cunningham’s Pulitzer Prize-winning novel The Hours, brings the impressionistic prose of this classic to vibrant life.

I've never read Woolf before and I'm now pretty amped to pick up more. The story was minimalistic but it's rarely just the story that makes a novel. The abundant philosophical reflections on life, death, love, art, family, etc. fill this novel to the brim. I'm eager to experience that again. As an aside, I wonder if professional voice actors are dismayed at Hollywood actors taking the opportunity to saturate another field with their presence. Nicole Kidman did a swell job for most of the reading but you could definitely hear the impact of her surgically altered wonk face on some of her words, like a lingering lip stuck on a tooth at an ill timed moment, or an inability of a paralyzed muscle to respond fast enough for the requisite linguistic gymnastics of a Woolf sentence. 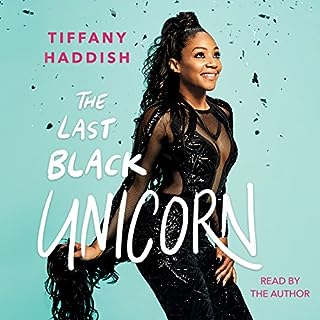 Tiffany can't avoid being funny: it's just who she is. But The Last Black Unicorn is so much more than a side-splittingly hilarious collection of essays - it's a memoir of the struggles of one woman who came from nothing and nowhere. A woman who was able to achieve her dreams by reveling in her pain and awkwardness, showing the world who she really is, and inspiring others through the power of laughter.

Loved Tiffany's sense of humor and deeply entrenched kindness evident in how she views people and situations. 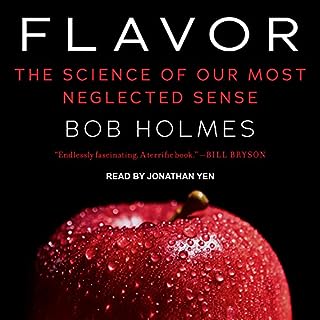 Can you describe how the flavor of halibut differs from red snapper? How Brie differs from cheddar? For most of us, unfortunately, the answer is: badly. Flavor remains a vague, undeveloped concept we don't know enough about to describe - or to appreciate - fully. In Flavor, Bob Holmes shows us just how much we're missing. He tackles questions like why cake tastes sweetest on white plates, how wine experts' eyes fool their noses, and how language affects flavor.

Overall, this book is a must read for anyone that eats! So interesting how little we know about one of our most basic senses. I hated a few things about this book though - the narrator was not my favorite and i abhorred the way the author insisted on describing the physical appearance of every person he met in the course of his research.