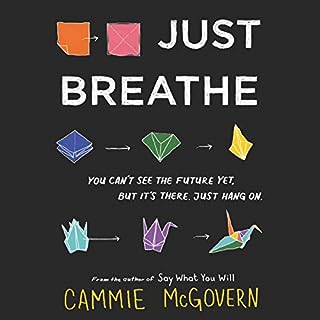 David Scheinman is the popular president of his senior class, battling cystic fibrosis. Jamie Turner is a quiet sophomore, struggling with depression. The pair soon realizes that they’re able to be more themselves with each other than they can be with anyone else, and their unlikely friendship starts to turn into something so much more. But neither Jamie nor David can bring themselves to reveal the secrets that weigh most heavily on their hearts - and their time for honesty may be running out.

Intriguing but not impactful

I really liked this book. I have ADHD so it says a lot that I was immediately locked in.

However, I felt like the characters weren’t developed or real enough, like they were depthless which really sucks because the whole book was divided between two points of view.

Jamie was the worst main character I’ve ever encountered during my entire experience of being literate. She was annoying, irritating, and such a let down. She made me want to roll my eyes and leave the book almost constantly. If you don’t have depression, chances are you’ll find her to be needlessly angsty and boring. If you have a more severe psychiatric condition like bipolar disorder or borderline personality disorder, you’ll still find her to be needlessly angsty and boring. It felt as if her entire reason for existing as a character was to be relatable to young girls who fetishize their depression and turn it into a personality trait while also internalizing that they’re unique and they’ll never be cured. Depression isn’t chronic or incurable, and nearly a quarter of American girls have it...Jamie wasn’t special. She didn’t have a rare condition no one could understand. The portrayal wasn’t realistic, someone who struggles with depression can’t regulate their mood so strictly that all their interactions are calculated. It was also unjust for the author to compare depression to cystic fibrosis. If anything, David should’ve been more depressed.

David was a thoroughly enjoyable character though aside from his chapters sounding like a medical textbook. I wish the author focused more on developing unique or at least individual personality traits rather than defining him by his illness.

Still, I can’t bring myself to give this anything less than a 3 star. It was a good book that I don’t regret reading. 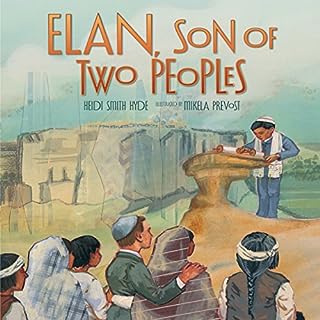 "Always remember you are the son of two proud nations," Elan's parents tell him when he turns 13. After celebrating his Bar Mitzvah in San Francisco, Elan, with his Jewish father and Native American mother, travels to New Mexico, where he takes part in a Pueblo manhood ceremony. Based on a true story.

The story offers unique representation as the main character is mixed raced of Acoma Pueblo Native American and Jewish heritage. However, the storyline doesn’t function as a storyline should. It’s not interesting for adults and immensely boring for children. 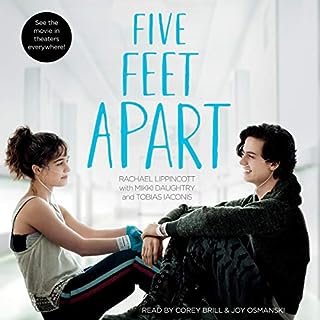 Stella Grant likes to be in control - even though her totally out-of-control lungs have sent her in and out of the hospital most of her life. At this point, what Stella needs to control most is keeping herself away from anyone or anything that might pass along an infection and jeopardize the possibility of a lung transplant. Six feet apart. No exceptions. The only thing Will Newman wants to be in control of is getting out of this hospital. He couldn’t care less about his treatments or a fancy new clinical drug trial. Will’s exactly what Stella needs to stay away from.

Story was okay, narrations were awful.

The story was good. It’s exactly what one would expect from a YA novel but not something to be blown away buy. The narration on the other hand was painfully bad.