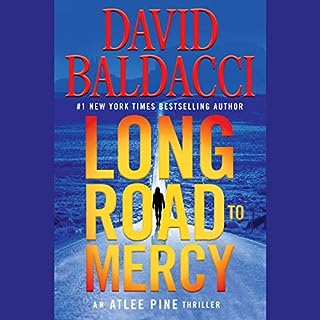 Eeny, meeny, miny, moe. Catch a tiger by its toe. It's seared into Atlee Pine's memory: the kidnapper's chilling rhyme as he chose between six-year-old Atlee and her twin sister, Mercy. Mercy was taken. Atlee was spared. She never saw Mercy again. Three decades after that terrifying night, Atlee Pine works for the FBI. She's the lone agent assigned to the Shattered Rock, Arizona resident agency, which is responsible for protecting the Grand Canyon. So when one of the Grand Canyon's mules is found stabbed to death at the bottom of the canyon - and its rider missing - Pine is called in to investigate.

I love the 2 women lead characters in this new series. The plot is a little over the top, but it's very entertaining. The narrators are good, too. Looking forward to the next one in the series. 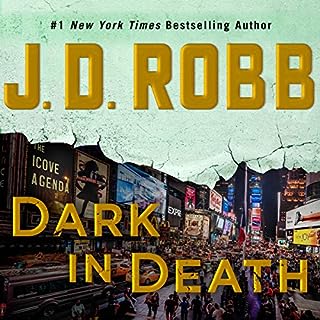 On a chilly February night, during a screening of Psycho in midtown, someone sunk an ice pick into the back of Chanel Rylan's neck, then disappeared quietly into the crowds of drunks and tourists in Times Square. To Chanel's best friend, who had just slipped out of the theater for a moment to take a call, it felt as unreal as the ancient black-and-white movie up on the screen. But Chanel's blood ran red, and her death was anything but fictional.

The story was entertaining and very typical of the Eve Dallas series. I've read the other books in the series and this is the first time I've listened to one in audio format. I did have a couple of issues with the performance. Dallas's sidekick is "Peabody" so I'm not sure why the narrator kept calling her "Peabuddy". Also, the voice she used for Peabody sounded like Rudolph the Red-nosed Reindeer when he had to wear that black thing on his nose. I don't know why she couldn't just talk normal. Some of the other voices were strange, too, but that one really bugged me. 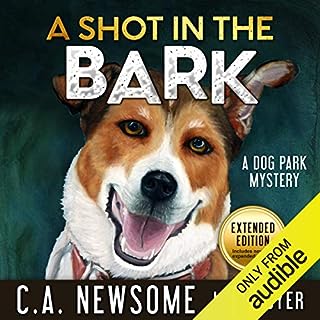 Would you recognize a serial killer if you met one? Talked to one every day? Artist Lia Anderson doesn't, and neither does anyone else who frequents the Mount Airy Dog Park. But a violent death brings Detective Peter Dourson into the close-knit group, and he is convinced someone is not who they seem. As the investigation uncovers secrets, Lia struggles to cope with warring emotions and a killer watches.

Story is okay, reader is not

I liked the story, but I had a hard time with the reader. I found many of her "voices" quite annoying and I kept wishing I was just reading the book so I wouldn't have to listen to her. 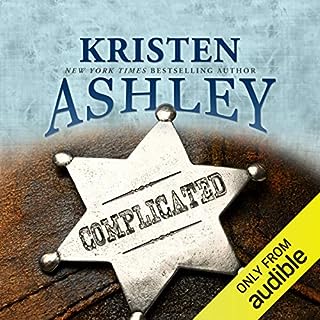 When small-town Nebraska sheriff Hixon Drake meets Greta Dare, the connection couldn't be stronger, but the timing couldn't be worse. Dealing with the fallout of a divorce he never wanted and setting up a new home for his kids, Hix becomes that guy, that one he never wanted to be, and puts a stop to things before they can even start. Protecting his kids and himself is his only priority. Greta, on the other hand, has found the place for her and the brother she adores that's perfect for them - a sleepy little town in Nebraska.

I could not finish listening to it. The story was just too melodramatic. I tried.