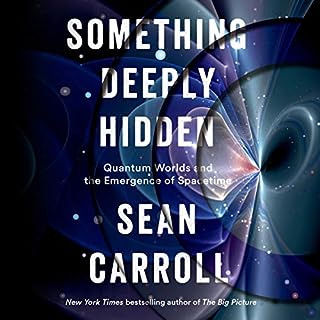 Sean Carroll, theoretical physicist and one of this world’s most celebrated writers on science, rewrites the history of 20th-century physics. Already hailed as a masterpiece, Something Deeply Hidden shows for the first time that facing up to the essential puzzle of quantum mechanics utterly transforms how we think about space and time. His reconciling of quantum mechanics with Einstein’s theory of relativity changes, well, everything. Most physicists haven’t even recognized the uncomfortable truth: Physics has been in crisis since 1927.

In another world, this review is much better.

Quantum Physics felt very woo woo up until somewhat recently. I started paying a bit more attention to quantum physics when I saw in the news that hardware engineers & scientists are no longer able to make computer chips smaller because of something called quantum entanglement.

Quantum entanglement is one of the rare observable phenomenon that impacts business & technology that we use daily, it’s where electrons just spontaneously move around.

Then you hear about google’s quantum computing breakthroughs...so it’s fashionable to read books like this to keep up with everything Quantum.

This book is not about quantum computing, it’s more about the philosophy & science behind the paradigm shift that is going from thinking in classical physics to thinking in quantum physics.

Before this, it was a lot of “law of attraction” and “vibrate the same energy as what you want” - some of that which I believed, but it felt embarrassing to talk about.

Now with books like Something Deeply Hidden, you can learn about quantum physics as a regular person and not have to bring the law of attraction into it!

The criticism I will give the book is that it’s very dense...it gets extremely boring in the middle and the last part.

I would say this is very dense material, you’re going to be re-reading sentences a lot.

The first bit of the book is really good, then in the middle there’s a chapter which is a mock conversation between a daughter and her father...the daughter is a quantum physicist and the father is a classical physicist. It’s a really good chapter.

I don’t think this book is for everyone, unless you are REALLY interested in quantum physics. In fact I think you can just listen to the author Sean Carrol on the Joe Rogan Podcast and get the info that way. 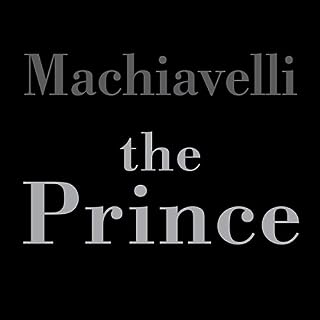 The Prince, Machiavelli's 'little book', was written in 1513 and is dedicated to Lorenzo de' Medici. It remains a compelling and controversial treatise on politics, dispensing often cynical, sometimes brutal advice on gaining power and retaining it. Essential listening for our masters perhaps, but most certainly for those of us who would not be mastered. The text used here is the unabridged and classic translation by W. K. Marriott.

Short and cheap time portal into the political past.

I am going through the free Yale course on political philosophy on iTunes.

There’s a lesson on Machiavelli. I’ve of course heard of Machiavelli, first from a 2pac song, then through random quotes like “absolute power corrupts absolutely” - but I’ve never previously thought to read any of his works.

The Prince is an easy to digest work, and I’m glad I finally listened to it.

I sometimes wonder if it’s worth listening to these ancient philosophers and trying to apply any of their thoughts to modern days, since they were all typically so masochistic & sexist against women.

They also brush over slavery as if it is a normal thing.

Maybe there’s some things we can pull out of their teachings - but how can you really listen to someone’s knowledge who has slaves and treats his wife like a servant?

In many parts of the world, this stuff still happens - so if anything it’s a window into the less socially civilized & progressive parts of the modern world.

Some good quotes though, I’m sure anyone can find some words of wisdom in here to apply to their own philosophy. 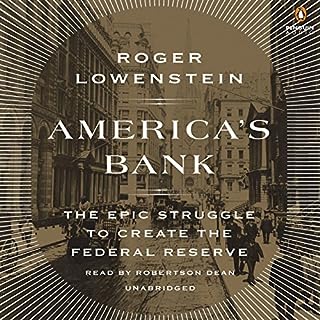 Until the election of Woodrow Wilson the United States - alone among developed nations - lacked a central bank. Ever since the Revolutionary War, Americans had desperately feared the consequences of centralizing the nation's finances under government control. However, in the aftermath of a disastrous financial panic, Congress was persuaded - by a confluence of populist unrest, widespread mistrust of bankers, ideological divisions, and secretive lobbying - to approve the landmark 1913 Federal Reserve Act.

Definitely keynsian propaganda, but worth a read!

This book is heavily leaning towards pro-Keynsian pro-central bank propaganda, but it's a very good read to hear about the history of how the Federal Reserve came to be.

I'm a bitcoiner, so I'm very interested in economics, money and the history of money.

Many people don't know that the Federal Reserve is a private bank. It's not part of the US government, and US dollars are not backed by gold.

I wanted to learn the history of how the Federal Reserve came to be.

This is the political story of money in America after the civil war up to when the Federal Reserve Act of 1913 was signed.

I don't agree with everything in the book, but if you're interested in the history of money, it's a must read.