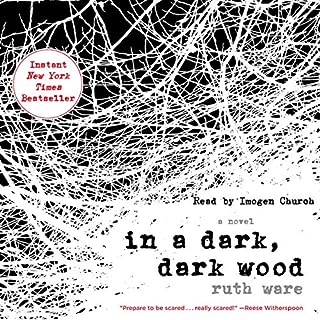 Leonora (Lee to some, Nora to others) is a reclusive writer, but when an old friend unexpectedly invites her to a weekend away in an eerie glass house, she reluctantly agrees to make the trip. But a haunting realization creeps in to the party: they are not alone in the woods. Forty-eight hours later, Nora wakes up in a hospital bed with the knowledge that someone is dead. Wondering not “what happened?” but “what have I done?” she tries to piece together the events of the past weekend.

Edge of my Seat

The plot, characters and narrative altogether brought this book to life. The pacing was a little slow at times but overall I enjoyed this book. Very happy with my purchase. 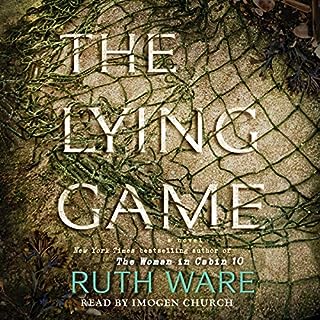 On a cool June morning, Isa Wilde, a resident of the seemingly idyllic coastal village of Salten, is walking her dog along a tidal estuary. Before she can stop him, Isa's dog charges into the water to retrieve what first appears to be a wayward stick - and to her horror, Isa discovers it's not a stick at all...but a human bone. As her three best friends from childhood converge in Salten to comfort a seriously shaken-up Isa, terrifying discoveries are made, and their collective history slowly unravels.

I bought this book because of Ruth Ware's other two books, In a Dark Dark Wood and The Woman in Cabin 10. I was sadly disappointed in this one. I had a hard time trying to connect with the main characters and I personally felt that the beginning of the plot was very slow. I got to about chapter 30 and just gave up.

Imogen Church as a narrator though is great, Love her ability to separate characters using different accents. 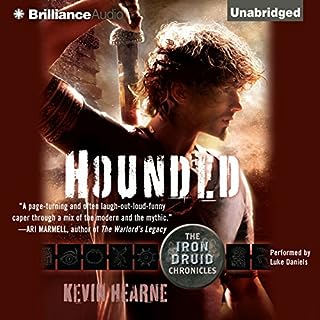 Atticus O’Sullivan, last of the Druids, lives peacefully in Arizona, running an occult bookshop and shape-shifting in his spare time to hunt with his Irish wolfhound. His neighbors and customers think that this handsome, tattooed Irish dude is about twenty-one years old - when in actuality, he’s twenty-one centuries old. Not to mention: He draws his power from the earth, possesses a sharp wit, and wields an even sharper magical sword known as Fragarach, the Answerer. Unfortunately, a very angry Celtic god wants that sword, and he’s hounded Atticus for centuries....

It was hilarious!!! Luke Daniels did an amazing job giving each character their own personality. Could turn it off!!!!