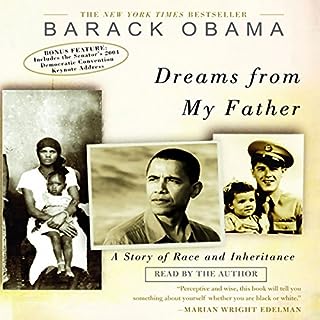 In this lyrical, unsentimental, and compelling memoir, the son of a black African father and a white American mother searches for a workable meaning to his life as a black American. It begins in New York, where Barack Obama learns that his father, a figure he knows more as a myth than as a man, has been killed in a car accident.

Enjoyed every minute of it! I can’t wait to listen to it again! THANK YOU!