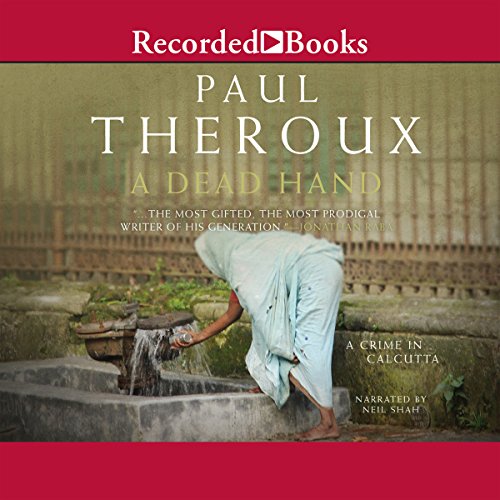 Jerry Delfont leads an aimless life in Calcutta, struggling in vain against his writer's block, or 'dead hand', and flitting around the edges of a half-hearted romance. Then he receives a mysterious letter asking for his help. The story it tells is disturbing: A dead boy found on the floor of a cheap hotel, a seemingly innocent man in flight and fearing for reputation as well as his life.

Before long, Delfont finds himself lured into the company of the letter's author, the wealthy and charming Merrill Unger, and is intrigued enough to pursue both the mystery and the woman. A devotee of the goddess Kali, Unger introduces Delfont to a strange underworld where tantric sex and religious fervor lead to obsession, philanthropy and exploitation walk hand in hand, and, unless he can act in time, violence against the most vulnerable in society goes unnoticed and unpunished.

An atmospheric and masterful thriller from "the most gifted, the most prodigal writer of his generation" (Jonathan Raban).

“[A] masterful and mesmerizing storyteller” ( Booklist).

The character once again in this book is also an author. We learn of child labor problems and the nefarious people of South Asia who have created such a favorable situation for themselves. We learn of the deception that is so frequent in Indian culture. When you are poor and have nothing you can always come up with a scam to get something from the tourists. If nothing else, I learned from this book what kinds of things I might encounter in India. Poverty brings about creativity and so we are left to witness the sharp division of the poor and the rich in a developing country with too many people and a complex web of relationships that is difficult for our western minds to grasp, since we live in highly organized, affluent societies with far fewer people and an odd obsession with material goods.