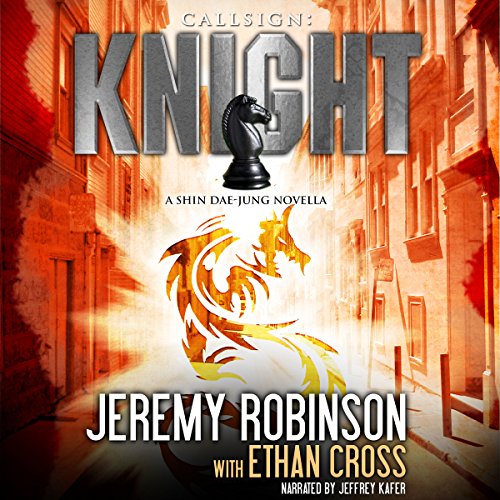 When a team of Delta operators goes missing in Shenhuang, one of China's newly constructed ghost cities, Shin Dae-Jung - Callsign: Knight - is called in to assist. But the Osprey transporting him to the scene falls prey to an EMP attack and is forced to crash land atop a parking garage. With a wounded pilot in tow, Knight explores the empty city for signs of life and finds two terrified children who warn him that something monstrous is stalking the city. When the pilot disappears, leaving a pool of blood and spent bullet casings behind, Knight doesn't doubt their story. As bullets fly and bodies drop, Knight must protect the children, uncover the fate of the missing Delta team and defend against an unstoppable killer whose ability to regenerate and whose horrible appearance reminds him of something he's faced before - the mythological Hydra. But he's not alone in the surreal abandoned city. A team of SAS soldiers, along with Anna Beck, a former member of Manifold Genetics' private security force, join the fray. Together, they fight against a nightmare that follows its objective to the end: kill them all.

If you like the Jack Sigler/ Chess Team thrillers, you will love this audiobook. The character of Knight has never been one of my favourites but he really shines in this book. A familiar face turns up to help Knight in the fight of his life. The action is fast-paced and well written. Jeffrey Kafer performance is spot on and really enhances the book.

A Novella for comback

The story overall has no over improntance for the series exlectvto bring back an old chacther to add them into the series organically.

Jeremy Robinson and Ethan Cross have written a great novella with the book Callsign: Knight, Book 1. I have just started this series and love the action and vivid descriptions. With the narration of Jeffrey Kafer, I can envision so many details. The characters are well developed in this book, and many are intriguing. I will definitely listen to more books in this series.