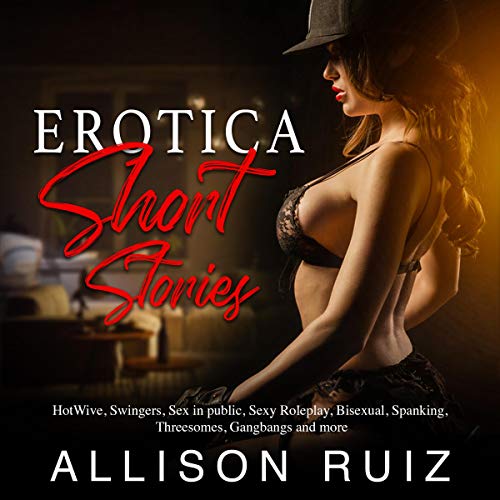 The first story is one that describes in detail the action of Richard, who is very sexually active and likes it very rough.

Another story goes on to describe in detail the scenes of a threesome that stands to fulfill the desires of two friends. The third story is one of office shenanigans between herself and a co-worker that she once found to be very annoyingly cocky. The fourth story tells us the thrills of two college sweethearts. The fifth story is of a husband and wife to make you as stimulated as they are. The sixth story, which is every bit as explosive as the others, describe a series of sexual fun, an initial foursome followed by details of ravish fantasy of our very own Celia being fulfilled. Talk about saving the best for the last

A set of six stories have all been put together to take you on a journey from rooms to parks to yacht and so on.

The audio-book is everything!

This is my second purchase of a "Best of" collection by this editor. Not disappointed. Will be going back and buying earlier collections, for two reasons: I appreciate that these stories have a true literary quality.

best collection of stories to date I love it !!!!

I was so good and descriptive to listen it was a audio-book that could make any boy come I know it made me so if you won't to have some fun and your alone this s he perfect audio-book.

The stories were Great!!!

Interesting engaging Erotica audio-book! Loved all the shories they were interesting and held me attention. Everybody will love these stories and have enjoymentlisten them.

All your fantasy stories audio-book!!

This was my 1st audio-book of short stories & loved each one! I was afraid they would be too short & you not get to know the characters, but they were just right. The stories are HOT, HOT, HOT!

Each of the stories kept my attention. I loved them all. It was a great choice of stories. It was told in a way I could visualize all of this happening. These stories kept me wet and my body was in such a state I had to take care of my own needs.

This is a list of Ten authors 'sexual desires.These are all fairly fast listening and will hold your attention. Wow this audio-book can soak your slippers!!! The prose is great and invigorating.I was sure that will make it to the finish!

I really liked these stories!!!

I really liked the stories in this audio-book. I could not put it down till I finished listen all of them. Thank you so very much for writing all of them.

it should be titled Too hot to handle!!

Little tales about your significant other to get you all fired up.They're going to do the trick your guy is going to ask how you got the great ideas,

I like it, and interesting tales of all sorts in it.Some of those occasions we are decent and others really nice and there was one that wasn't so successful. Still that I am going to suggest get it, and love it like I did.