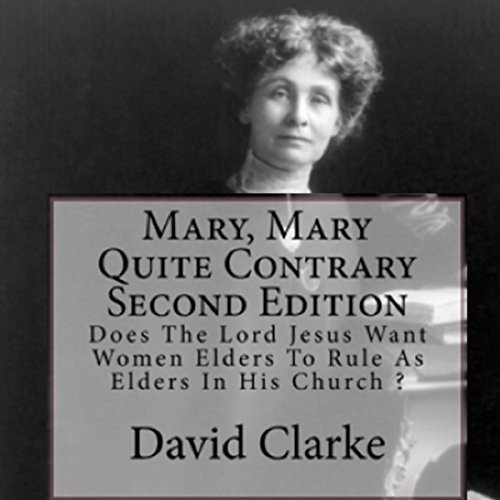 This audiobook is about the rise and activity of women within Christian churches and tells the true story of David Clarke who was virtually told to leave the Jesus is Lord Church at Warsash, Hampshire, in the UK, that he was connected with, after he made strong representations to the church secretary Martin Lloyd, and its elders, once they had announced, they were open to women being elected as elders.

David argues that Scripture teaches men are to rule in the home and church, and the women are to be subject to their own husbands and function as helpers in the church, but they are not to rule as elders.