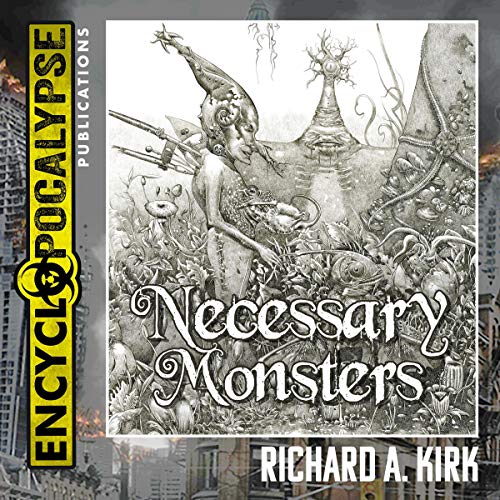 Lumsden Moss is an escaped thief and an unrepentant bibliophile with a long-suffering desire to foist some karmic retribution on those who have wronged him. But when the opportunity to steal a rare book from the man who sentenced him to prison puts him on the wrong side of the wrong people, Moss finds himself on the run. And it’s not just the book he stole that these people want, it’s also the secrets of a long-forgotten location on Nightjar Island, a place cursed and abandoned since the Purge.

When Moss falls in with Imogen, a nimble-fingered thief who has taken a traveling bookcase filled with many secrets, he starts to realize how much of his unsavory past is indelibly tied to a frightening witch-child and her nightmarish pet monster.

In a fantastic world, still recovering from a war where magic and technology were fused together, Moss and Imogen must decipher the mystery of their mutual pasts in order to illuminate the dark heart that still lurks on Nightjar Island.

While the story is potentially a deeply involved and involving idea, the execution in both writing and narrating lack. Don't get me wrong, I listened all the way through, however this was more due to my imagination filling in for missing details. There's little to fill in the background of this tale. While characters act upon this stage, they act upon a blank and patternless stage. I had little enough for my imagination to build scenes upon, buildings, environments, background people and events surrounding the characters were missing. It was as if I were seeing a movie in my mind with only the actors before a white screen. There's no real background for this location to help color in what the characters are living in, much less through. Transitions were difficult to follow, mostly one scene jumping haphazardly into another. While this was jarring, it didn't take away from the story overall. As well, conversations and actions seemed to have little to do with a flow, almost as if they were wedged in to connected disparate things. Finally, the narrator, whole proficient with separating characters and making them obvious to the listener, was drab and bleary in her narration. A kind of monotone suffused her work throughout. While this did not take away from the story it did make the story drag. Pauses were well used in some moments, nonexistent in others where a pause would have helped smooth the telling along. Overall, this is a promising story that still needs polishing and shining, but it isn't a bad listen. I wouldn't recommend if you require serious depth to a story. However, if you can follow along a jagged path and imagine for yourself, this is a fair to good listen.