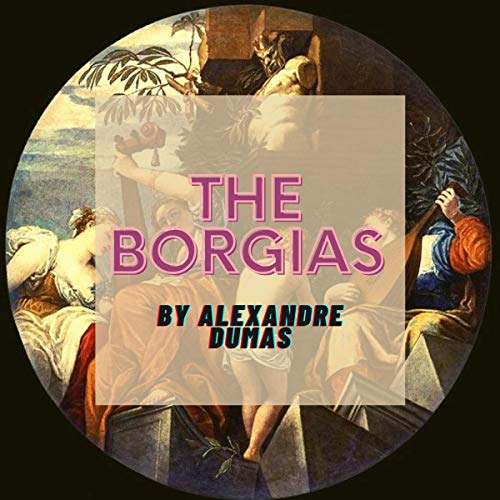 There are dreadful - perhaps, scurrilous - rumors about the Borgias of Renaissance Italy, and here, Dumas, author of such classics as The Three Musketeers, in his Celebrated Crimes series, dishes up the dirt in all its ugly glory. This book was not written for children.

Dumas has minced no words in describing the violent scenes of a violent time. In some instances facts appear distorted out of their true perspective, and in others the author makes unwarranted charges. The careful, mature listener - for whom the books are intended - will recognize and allow for this fact.

From 1839 to 1841, Dumas, with the assistance of several friends, compiled Celebrated Crimes, an eight-volume collection of essays on famous criminals and crimes from European history. He featured Beatrice Cenci, Martin Guerre, Cesare and Lucrezia Borgia, as well as more recent events and criminals, including the cases of the alleged murderers Karl Ludwig Sand and Antoine FranCois Desrues, who were executed.