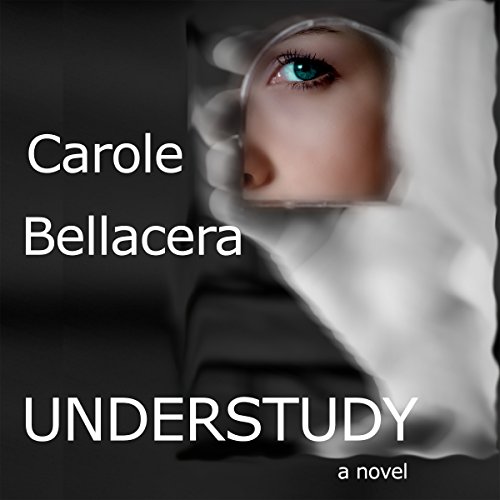 Robin Mulcahey has always dreamed of being a big-time actress. As a college student, she took endless drama classes and finally snagged the lead of Maggie in Tennessee Williams' Cat on a Hot Tin Roof.

So what's the problem?

Robin Mulcahey is dead. She was killed in a devastating car wreck in 1996 while riding with her best friend Amy Shiley. Amy, battered beyond recognition in the accident, was mistaken for Robin and has played the role of Robin Mulcahey ever since. But Amy's never been able to forget the love she shared with Paul Mulcahey, Robin's older brother.

If you had the chance to become someone else, would you take it?

Sure, though the voice was a bit rushed which made it hard to keep up.

Aside from the fact that the voice was too fast, the story was overall entertaining even though it was an odd start. It's not something I'll gush over 24/7 but I wouldn't say no to recommending it to others.

In this family everyone has a secret

When Declan tells Amy who he truly loves, I had my suspicions but was still surprised.

In the end when Amy and Paul confront Paul’s Father about what he’d done to Robin, It’s hard not to cry for that scene.

This is a really interesting story and a great concept. It just moves so slowly!

It starts off with the accident and how the mix-up occurred. Then we move to the flashback of their first meeting and everything leading up to the accident. This took a lot of time building, maybe too much time. Really I can't pick anything I would cut, it has meaning, it just drags.

Moving forward the story has many other flashbacks to give meaning to the scenes. It really is a great story and such a dilemma. There are many morally grey areas, especially concerning the relationship with the brother. It is borderline taboo.

I was intrigued with everything, it is so hard to do this without spoilers!! In the end I felt the resolution was real-ish and worked. My favorite part of the is book was dishy Declan, and I loved his ending!

I listened to the audiobook narrated by Angie Hickman who does a great job. She is challenged with the task of having to voice one character two very different ways. First as herself, then as the mimic of her friend. As Amy she has a nice down to earth tone, really solid and like-able. As Robin, she is kind of annoying, but that is toned down after the accident, thank goodness. Ms Hickman has a great pace and keeps the story moving, even in the slower parts. Loved her accents!!

Disclosure - I received this book in exchange for an honest review. All thoughts, opinions and ratings are my own.

A refreshing & original concept that surprised me!

Would you consider the audio edition of Understudy to be better than the print version?

Absolutely! The narrator, Angie Hickman, breathes life into the material with a truly excellent performance. Each character could be understood clearly, but also differentiated enough from the other characters so that it was easy to follow the dialog and complex plot.

There are several moments in "Understudy" that are worthy of mention. The most memorable part of the book for me, would have to be the moment that Amy realizes that life isn't always greener on the other side. I know how cliché that sounds but for Amy, she really has a 'come to Jesus' moment and really begins to examine her choices and trying to separate herself from the Robin persona she has adopted and developed.

I don't want to give away anything so I will be vague here. My favorite scene is when "Robin" and her brother and her father have a "heart to heart" at his office. I love that part!!

I actually did listen to this book all in one sitting. It's not a very long book and it does read really quickly once you get into it.

I was provided a copy of this audiobook in exchange for an honest review.

Deception that takes on a life of its own


This book started out slow for me. I felt the building of Amy and Robin’s friendship took more time than I would have liked and added considerable length/listening time. I understood the reason for this was to call attention to details that would have greater significance later on in the story. Robin was never a likeable person to me, and the narrator chose to give her an annoying voice (which matched her personality). That voice softened throughout the story but was tough to tolerate in the beginning.

The story became intriguing once the accident takes place and more so when Robin makes a life for herself, separate from who her heart desires. I wasn’t expecting her deception to take on the longevity that it did. Bringing in the character of Declan further threw me and had me fixated not only on where the plot was going but how it would end. This was my favorite part of the story, and a good reason for that was not only because of his personal issues, which becomes a significant turning point for the main characters, but because the narrator really shined when she captured his Irish accent.

Although I was happy with the ending, I do feel the plot went on too long and was essentially too far- fetched for me. The setting is in the 1990’s, and the medical/surgical aspects didn’t fit in respect to capability. Modern methods may have delivered the smooth, beautiful outcome achieved (not only once but twice) but I don’t think results in the 90’s were as efficient. Then there's the moral turmoil Paul had to overcome which was discomforting even after everything was said and done.

Would you consider the audio edition of Understudy to be better than the print version?

Absolutely Angie brings every character to life. My only complaint is that the two Irish gents blend together at a higher listening speed during the sexy time. The accents were a huge plus and besides the Irish blokes the voices were spot on and really drove the characters home for me.

Just when you think that you have it all figured out there is a twist and we jump down another layer of the rabbit hole.

Which character – as performed by Angie Hickman – was your favorite?

Paul, Angie makes him very empathetic to me (a male), I can put myself in his shoes even though the story is told from the opposite perspective.

If you could rename Understudy, what would you call it?

"Living in the Shadow" Once you read the book and see what she did and why she did it the title will make sense.

To properly judge the performance, I listen to each of the play speeds for a few minutes.

0.5x A tad comical like every performance at this speed, however Angie's voice doesn't make it unlistenable like other narrators.

1.0x Can't go wrong with a classic, I spend very little time listening at this speed, however I did start out at this speed to savor the first part of the book while I could

1.5x My bread and butter. Just a tick faster to eliminate the pauses associated with normal sentences. This for me is where the book shined, I got a quicker listen while at work but just long enough to savor the story and the voice.

2.0x This is still very manageable, Angie's voice can handle the speed very well and you will not miss a thing at this speed.

3.0x Some narrators will get washed out in a blur at this speed and on occasion will make me loose my place when I concentrate on something else, but Angie did not and the thirty minutes I read the book at this speed was still enjoyable.

If you can't tell I enjoyed her voice very much. She is defiantly in my top 5 narrators, this with the twists in the story helped me wait to finish a Dance with Dragons read by Roy Dotrice. So this is saying a lot especially on my first read through.

I had a hard time pausing this audiobook. I just never knew what would happen next, each chapter I was on there was highs and lows twist and turns so far this is the second ebook of Carole Bellacera and they are both a 5 star. She is an excellent author

Mixed feelings about this book

Understudy is the story of Amy, a poor girl from the wrong side of the tracks, who shares a dorm room with Robin, the daughter of a former congressman. While at first it seems that they have nothing in common, over time they become the best of friends. Both petite, blond and blue eyed, they could pass as sisters. Amy meets and becomes a part of Robin's family, the family that Amy thought she always wanted including falling in love with Paul, Robin's brother. After a tragic car accident and a case of mistaken identity, Amy gets to lead the life she always wanted, as Robin. Or is what she wanted all its cracked up to be?

At 14 hours long, Understudy is a long book to listen to. I felt at times that the story dragged a bit. It reminded me of that song "This is the song that never ends". But at the same time I can't seem to find any parts of the story that I would have cut out to make it shorter. There weren't any characters that you could have deleted and still have had the same impact.

I was really satisfied with the ending of the story. I thought it was one that could be believable if it had happened in real life.

Ms. Hickman did a good job keeping the characters consistent for the entire length of the book. Also, she did a great job of making Amy 'sound' like Robin after the accident. I would like to listen to more of Ms. Hickman's work.

I would recommend this book to my friends who enjoy books that tell a good story. It had highs and lows, made me laugh and sad too.

This was my first Carole Bellacera listen but will not be my last. A rich girl and a poor girl become great friends while college roommates. Car accident and an identity switch, handsome brother/boyfriend, and the story of Amy & Robin becomes a real page turner. Characters to love and a few really disgusting human beings. The narration by Angie Hickman is fabulous and the ending leaves no unanswered questions. I could not stop listening..... HIGHLY RECOMMENDED

Audiobook provided for an honest review