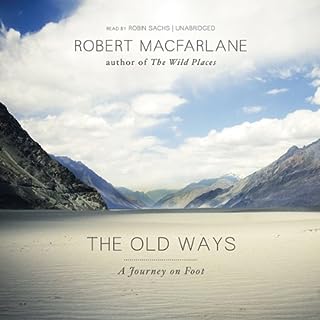 In this exquisitely written book, Robert Macfarlane sets off from his Cambridge, England, home to follow the ancient tracks, holloways, drove roads, and sea paths that crisscross both the British landscape and its waters and territories beyond. The result is an immersive, enthralling exploration of the ghosts and voices that haunt old paths, of the stories our tracks keep and tell, and of pilgrimage and ritual. Told in Macfarlane’s distinctive voice, The Old Ways folds together natural history, cartography, geology, archaeology, and literature.

Lots of details and interesting parts. It drags at bit at times. My favourite sections we're the paths at sea and the chalk roads of England and Scotland. It's not as good a read as his new book Underland that I loved and listened to it twice. 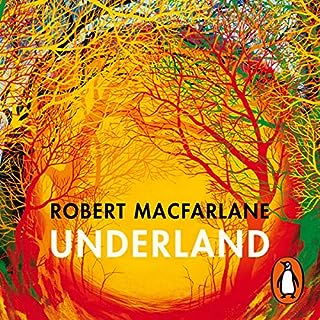 In Underland, Robert Macfarlane takes us on a journey into the worlds beneath our feet. From the ice-blue depths of Greenland's glaciers to the underground networks by which trees communicate, from Bronze Age burial chambers to the rock art of remote Arctic sea caves, this is a deep-time voyage into the planet's past and future.

Loved this book. With enough interesting personal adventures, story and research to complete the fascinating text. The author’s journey into caves, forest below ground ecosystems, tunnels under cities, deep mines and into glaciers carry the reader with him on a wonderful search for knowledge and adventure. 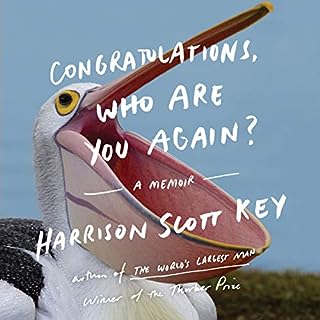 Little-known author Mark Twain once said that the two most important days in your life are the day you were born and the day you find out why. He's talking about dreams here, the destiny that calls every living soul to some kind of greatness. What Mr. Twain doesn't say is: A dream is also a monster that wants to eat you. Nobody tells you this part of the American dream - until now. In this new memoir, Congratulations, Who Are You Again, listeners join Harrison Scott Key on his outrageous journey to becoming a great American writer.

Read this book if you dream to be

This is his second book and I’m glad to have listened to it before his first. World Largest Man. In this second book, The author describes his problems and how he worked for years to attain his dream and how he felt about his journey. Well worth it.
The narrator is good too.
Now I want to read the author’s first book.

The Appalachian Trail covers 14 states, and over 2,000 miles. It stretches along the East Coast of the United States, from Maine in the north to Georgia in the south. It is famous for being the longest continuous footpath in the world. (Compare this with the Pennine Way, which is a mere 250 miles long.) It snakes through some of the wildest and most spectacular landscapes in America, as well as through some of its most poverty-stricken and primitive backwoods areas.

The two guys are so mismatched, but they grew emotionally for themselves and each other. Good story and well written.