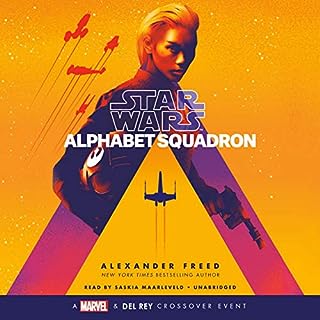 On the verge of victory in a brutal war, five New Republic pilots transform from hunted to hunters in this epic Star Wars adventure. Set after Return of the Jedi, Alphabet Squadron follows a unique team, each flying a different class of starfighter as they struggle to end their war once and for all.

the story is ok but drags.

the performance is pretty bad. lack of different voice