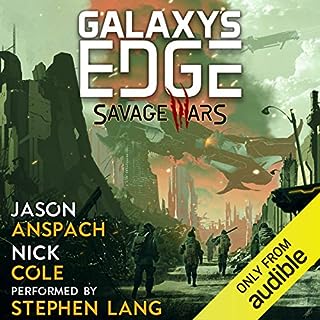 They were the Savages. Raiders from our distant past. Elites who left Earth to create tailor-made utopias aboard the massive lighthuggers that crawled through the darkness between the stars. But the people they left behind on a dying planet didn't perish in the dystopian nightmare the Savages had themselves created: they thrived, discovering faster-than-light technology and using it to colonize the galaxy ahead of the Savages, forming fantastic new civilizations that surpassed the wildest dreams of Old Earth.

Jow did the Legion start?

Yes, we now have only one more pre-cursor storyline to flesh put: The Obsidia

Looking forward to the Legion Creation Myth growing out. 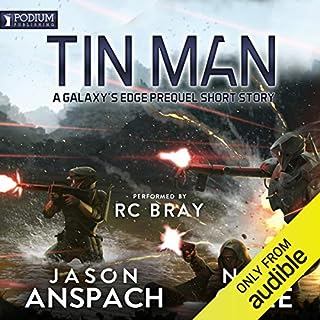 In the wilds of a jungle planet, the Legion fights in brutal combat as Republic marines fly their SLICS from one tragedy to the next. H292, a repurposed warbot, shows the heart of a hero as he wades into the battle not to destroy - but to save.

Duat in my eyes

Do not fret, just some dust in my eyes. Pride, melancholy and so much more. 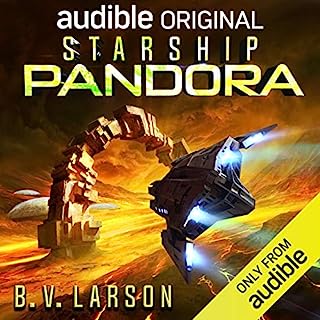 The alien race known as the Ancients vanished before Earth's last ice age - but not before building interconnected rings that form a highway system across the galaxy. Humanity has used these rings for years but has never figured out how to build its own, or even how to alter the connection pattern. Now, the Imperial starship Pandora is on a mission to discover and explore new interstellar connection points. While on Venus, an unexpected guest arrives - Marvin, a rogue robot who puts his strange mind to work on reconnecting the rings into a new pattern. Everything goes haywire.

A radio play! That's what I thought of this book as it started. I should enjoy this right? Well, no. Not sure what made it so disappointing, but I cringed at the heavily telegraphed story with cardboard characters. Perhaps it was just not for me. 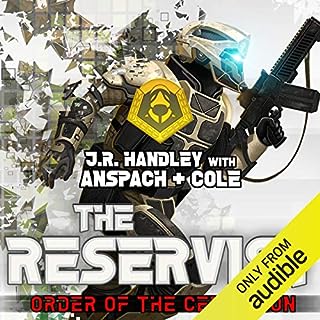 They promised him one weekend a month. The House or Reason swore the 9th would never leave their gentle homeworld. But after Kublar, things changed for Sergeant Fetch and the Caledonian Reserve Legion Corps. Thrown into a meat grinder conflict in a desperate bid to hold the line, it doesn’t matter whether you’re reserve or active, only that you kill and survive.

Although the story evokes dread and sympathy, the pacing and the reading both rendered this book monotone. 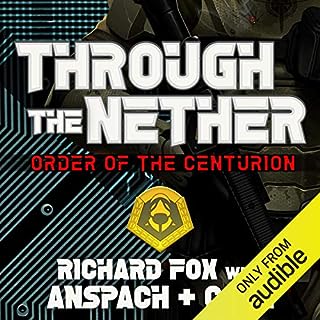 Soren Voss believes in the Republic. But when he puts a promising Navy career on hold to serve as a covert agent, he encounters truths that throw everything he knows into turmoil. After weeks in deep cover living life with ruthless gangs, Soren uncovers a stolen cache of weapons, a mysterious upgraded form of legionnaire armor, and a written oath of loyalty for someone named...Goth Sullus. The agent follows leads that bring him face-to-face with crooked legionnaires, slimy politicians, and a powerful smuggler and gunrunner named Scarpia.

Luke Daniels made this story, what aught to be depressing in its denouement, thoroughly entertaining and believable by using the various voices and tonal attitudes.

This story so far felt the most illuminating in this sub-series. 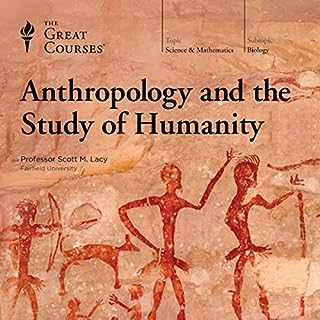 What does it mean to be human? Where did we come from? And what unites us in our diversity today? Anthropology and the Study of Humanity is your chance to tackle these big questions as you survey one of the world's most engaging - and human - sciences. Taught by acclaimed professor and field researcher Scott M. Lacy of Fairfield University, these 24 wide-ranging lectures are the ideal guide through the world of anthropology, or the study of humanity across time and space.

Is this Anthropology or Socialist dogma ?

The author is passionate and cares about his own personal topic: farming in Mali

He went to school after his experience doing farming in the Peace Coprs and decided to become an Anthropologist, following what I can only be summarize as the modern Socialist curriculum. So that is the lens for all the information provided.

There is a review on audible.com by "Robert M Nimocks" that does an excellent summary of my concerns and objections.

I am disappointed as I also learned Anthropology and Social Anthropology decades ago, and the bias has now become excessive in my opinion. 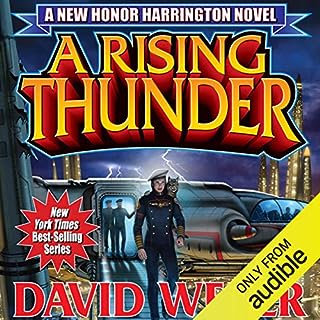 Peril and strife strike on a double front for Honor Harrington and company. After a brutal attack on the Manticoran home system, Honor Harrington and the Star Kingdom she serves battle back against a new, technologically powerful, and utterly nefarious enemy. And as if that weren’t task enough, Honor must also face down a centuries-old nemesis in the crumbling, but still mighty, Solarian League.

I understand the author had pitched to end the life of the titular character during the first Battle of Manticore and his publisher steered him away from that.
I also understand with all the Mesan sub-story he essentially retconned a conspiracy plot line to suit the “omnivores”.
But even as a long time fan of Yes Minister/Yes Prime-minister, there is only so much political maneuvering I can handle in one sitting, while the character I am invested in does things off screen.
Yes, an Admiral with uber weapons and great fleets does not make a great motivating agent to move the plot line forward, but neither is a story with back room intrigues parcelled out like this.
Shame really.

Even simple chapters, written in conversational prose, can bring forth dramatic emotions from you, as Prof Peterson reads his own book and wells up with emotions of his own. This made the book real and touching. Advice given this way carries weight. Well done.
#Audible1