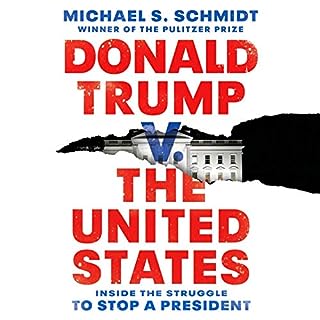 With unparalleled reporting, a Pulitzer Prize-winning New York Times reporter continues to break news about the most important political story of our lives as he chronicles the clash between a president and the officials of his own government who tried to stop him. Michael S. Schmidt’s Donald Trump v. the United States tells the dramatic, high-stakes story of those who felt compelled to confront and try to contain the most powerful man in the world as he shredded norms and sought to expand his power.

Most illustrative recounting if events yet. I look forward to the follow-up next year, hopefully with a better ending