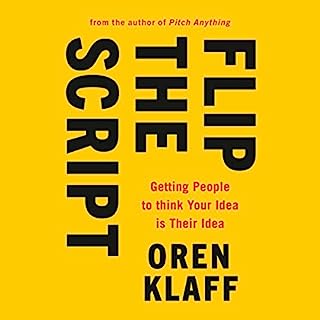 If there's one lesson Oren Klaff has learned over decades of pitching, presenting, and closing long-shot, high-stakes deals, it's that people are sick of being marketed and sold to. Most of all, they hate being told what to think. The more you push them, the more they resist. What people love, however, is coming up with a great idea on their own, even if it's the idea you were guiding them to have all along. Often, the only way to get someone to sign is to make them feel like they're smarter than you.

Great action plan to follow. It's not a complicated theory/system but the author has entertaining stories so the book doesn't drag like so many others. Highly recommend both this and Pitch Anything. 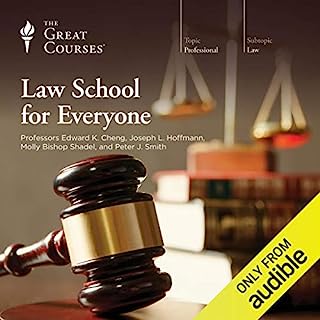 Over the span of 48 lectures, four experienced lawyers and teachers recreate key parts of the first-year law student experience, introducing you to main areas of law most every beginning student studies. Enriched with famous cases from the annals of American law and powerful arguments by some of history's most successful lawyers, these lectures offer access to an often intimidating, surprisingly accessible, and civically important field.

If you're the kind of person who clicked the headline to check out the book, then get it. It was an immensely interesting book and I'll now be looking for a Canadian law equivalent. I would also suggest the tort content is probably a mandatory minimum level of liability understanding for any entrepreneur wanting to do business in the US.

If you think this is the kind of thing only nerds would read, well then, yes its for nerds, go ahead and move along. 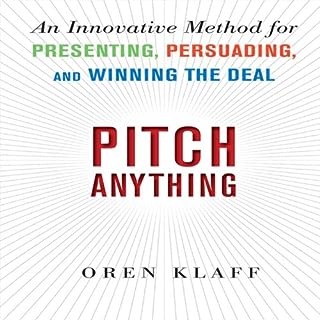 When it comes to delivering a pitch, Oren Klaff has unparalleled credentials. Over the past 13 years, he has used his one-of-a-kind method to raise more than $400 million - and now, for the first time, he describes his formula to help you deliver a winning pitch in any business situation. Whether you’re selling ideas to investors, pitching a client for new business, or even negotiating for a higher salary, Pitch Anything will transform the way you position your ideas. According to Klaff, creating and presenting a great pitch isn’t an art - it’s a simple science.

I crushed this audiobook in one session, so now I have to go back and listen again to let it soak in. The level of entertainment throughout the book is clearly an indicator that the man can pitch exactly as he describes. These aren't just sales pitch skills, they're life skills. Use them meeting a mechanic, debating voting for infrastructure, telling your neighbor to prune their freaking tree. Whatever your reason, this was a solid read.