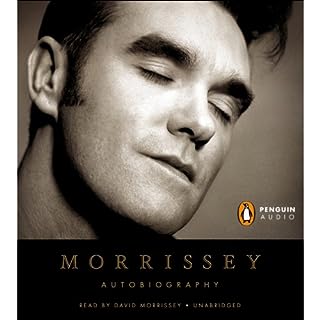 Autobiography covers Morrissey's life from his birth until the present day.

Morrissey is one unique individual. His song writing and the writing in his book is amazing; different, but all with the same backbone. I've been through it several times, and each time I catch something new.
Having followed Morrissey in real time since the late 80s, this book definitely puts an interesting perspective to a lot of what went on all this time, especially when supplemented by Johnny's own bio.
I caught myself laughing at things I almost shouldn't have... but even hearing them a 2nd or 3rd time, you just can't help but laugh. Same with his music...
One thing that surprised me was how much he cared/cares about chart positions... I've never paid any attention to charts, and it surprises me that someone as independent and unconventional as him gives so much attention to such empty numbers.
Anyways, given how misinterpreted and misquoted he often is; this is a must. But if there's anything we've come to know from his music... don't expect happy endings. 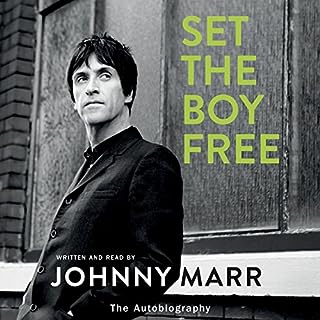 An artist who helped define a period in popular culture, Johnny Marr tells his story in a memoir as vivid and arresting as his music. The Smiths, the band with the signature sound he cofounded, remains one of the most beloved bands ever and have had a profound influence on a number of acts that followed - from the Stone Roses, Suede, Blur, and Radiohead to Oasis, The Libertines, and Arctic Monkeys.

Loved it. Had tears in my eyes at various points.
I wish he and Moz could do at least one show together; the fans would love it, but I think it would be great for THEM.

Fantastic and engaging read. A mix of psychology, religion, science, biology and humour brought into a unique way for people to see and manage themselves and the environment around us.

At some points, the narrative gets too far into adorning details which sometimes distract from the blunt point, but the author always goes sharply and decisively back to the point.

Definitely a book you car read several times, at different periods of your life and will always find something worth paying attention to.

Bonus points for the author himself narrating the book.