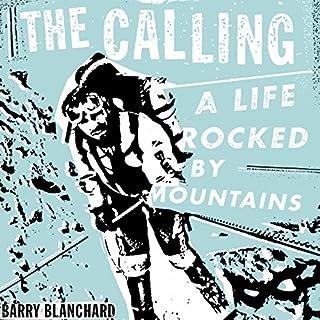 With heart-pounding descriptions of avalanches and treacherous ascents, Barry Blanchard chronicles his transformation from a poor Native American/white kid from the wrong side of the tracks to one of the most respected alpinists in the world. At 13 he learned to rappel when he joined the 1292 Lord Strathcone's Horse Army Cadets. Soon kicked out for insubordination, he was already hooked on climbing and saw alpinism as a way to make his single mother proud and end his family's cycle of poverty.

Did you just say salamander sounds?

Absolutely loved it. Barry Blanchard does an excellent job as a narrator and story teller. The book had me laughing at his hilarious recounting of stories. It left me with an even greater appreciation for mountains and climbing. Hands down one of my favorite audiobooks of all time.