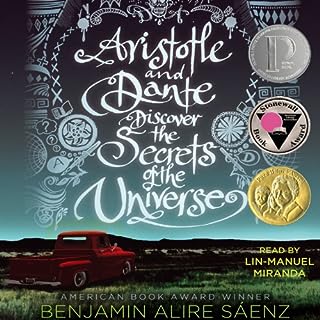 Aristotle is an angry teen with a brother in prison. Dante is a know-it-all who has an unusual way of looking at the world. When the two meet at the swimming pool, they seem to have nothing in common. But as the loners start spending time together, they discover that they share a special friendship - the kind that changes lives and lasts a lifetime. And it is through this friendship that Ari and Dante will learn the most important truths about themselves and the kind of people they want to be.

I admit I read this once before in print, but it was only when I went back on audio to truly understand the story. It’s rare to have a time this soft, lush and loving when presenting two male leads.

There’s something magical and loving in the way the author writes his books that’s present in his other newer work. Perhaps more fiction that reality but nonetheless a great read and strong characters. 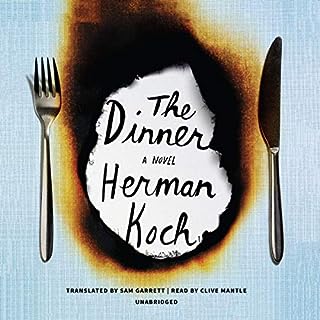 It's a summer's evening in Amsterdam, and two couples meet at a fashionable restaurant for dinner. Between mouthfuls of food and over the polite scrapings of cutlery, the conversation remains a gentle hum of polite discourse - the banality of work, the triviality of the holidays. But behind the empty words, terrible things need to be said, and with every forced smile and every new course, the knives are being sharpened. Each couple has a 15-year-old son. The two boys are united by their accountability for a single horrific act; an act that has triggered a police investigation and shattered the comfortable, insulated worlds of their families.

This story does not waste a word. The narrator essentially offers a masterclass in narration as each word tho seemingly innocent, packs a punch just by the way he enunciates And presents each phrase. I hung onto every second waiting and listening as the dinner starts out normal and cycles down down down to the edge of your seat end. 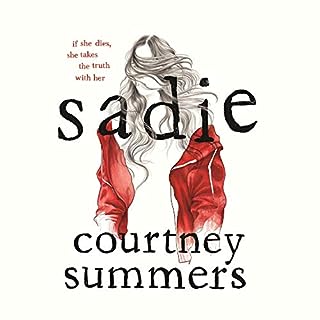 Sadie hasn't had an easy life. Growing up on her own, she's been raising her sister, Mattie, in an isolated small town, trying her best to provide a normal life and keep their heads above water. But when Mattie is found dead, Sadie's entire world crumbles. After a somewhat botched police investigation, Sadie is determined to bring her sister's killer to justice and hits the road following a few meager clues to find him. When West McCray - a radio personality working on a segment about forgotten towns in America - overhears Sadie's story, he becomes obsessed with finding the girl.

A complete showcase of what an audiobook can really do

No spoilers I promise but I promise you Sadie takes you on a ride that you can’t stop listening to.

You get a lush tense tight experience with Sadie and then you get a full out podcast experience in the other half of the narrative. The full cast feels like a real true crime podcast.

The last 15 mins of this book, after spending a whole night shift enthralled and focused intently, my entire body erupted in chills I was desperate to get to the end.

Give it a go, I promise you’ll be cheering for Sadie like you haven’t rooted for a character in a long time.