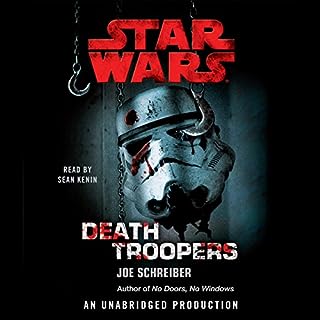 When the Imperial prison barge Purge - temporary home to 500 of the galaxy's most ruthless killers, rebels, scoundrels, and thieves - breaks down in a distant, uninhabited part of space, its only hope appears to lie with a star destroyer found drifting, derelict, and seemingly abandoned. But when a boarding party from the Purge is sent to scavenge for parts, only half of them come back - bringing with them a horrific disease so lethal that within hours nearly all aboard the Purge die in ways too hideous to imagine.

The concept of star wars with zombies is pretty good. The story itself is crap - it throws backstories in unnecessary (seems like they are there to pad the story out). Out of tens of thousands of zombies the main characters keep running into the same six. The two saving graces are the narrator and having hans and chewie being in the story. You would think the unique concept would be good enough it could stand without them, but that’s a firm no. I would not read this or recommend it to anyone. 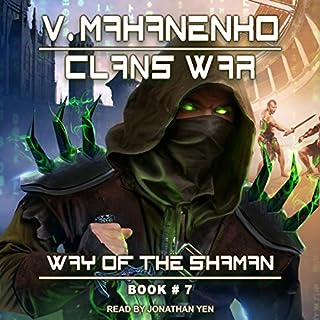 Not long ago, Daniel Mahan, known to everyone as Shaman Mahan, thought that he had taken his sixth and final step in the Barliona gameworld. Yet life has other ideas. The Corporation decides to resurrect the Lord of Shadow and his entire host. The Corporation's CEO personally pushes the reset button. Geranika and his Dragon of Shadow spring back to life as, meanwhile, the Corporation makes an offer the Shaman can't refuse.

The only ‘not so good’ book in the series

It’s just ok. It’s ‘an ending’ by force and does not really wrap everything up. 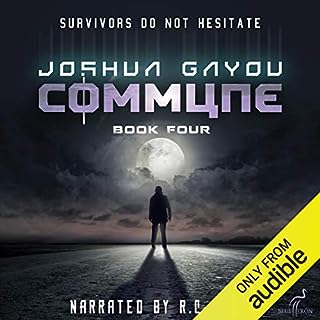 The philosopher asks: "Faced with the mutually exclusive choice between moral principle and the survival of your family, which is the correct path?" Philosophers love to pose such questions, and in the day-to-day struggle, such thinkers rarely attain to a level of relevance rivaling that of the simple hunger pang. Their careful considerations dissipate under the leveled gun. We do not feel their disapproving gaze when The Others draw near. When the world sends doom, the survivors do not hesitate. The survivors do what is necessary.

Enjoyed the series overall but this last book not as much. The psychologist character (forget his name now) didn’t fit the story narrative at all and the whole thing was kind of a letdown compared to the rest of the series. 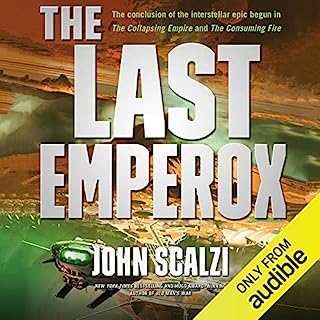 It was a good story, and at it was getting near the end, I was getting ready to look up the release date of the next book - then it ended. Conveniently wrapping everything up, but glazing over so many things. It really could have used one more book. 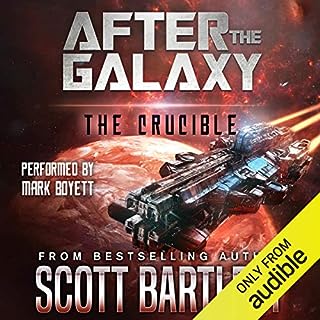 What waits at the galaxy’s core? Joe has begun to realize the full extent of his powers as a Shiva Knight. But the foe he faces is ancient and cunning. It’s a race to the center of the galaxy between Joe and the ruthless bot-man, Fairfax. The enemy’s armies are legion. But for Joe, it’s not about survival anymore. It’s about saving everything he holds dear. Even if it means paying with his life.

It was a good series overall. A bit mingled with the in-subversive our of subverse - it was almost written as if it were planned for movie format rather than book format. Still enjoyable though. 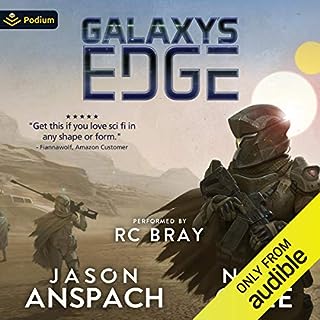 On the edge of the galaxy, a diplomatic mission to an alien planet takes a turn when the Legionnaires, an elite special fighting force, find themselves ambushed and stranded behind enemy lines. They struggle to survive under siege, waiting on a rescue that might never come. In the seedy starport of Ackabar, a young girl searches the crime-ridden gutters to avenge her father's murder; not far away, a double-dealing legionniare-turned-smuggler hunts an epic payday; and somewhere along the outer galaxy, a mysterious bounty hunter lies in wait. 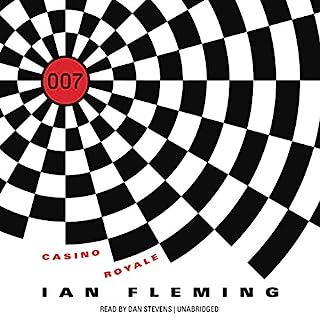 For James Bond and the British Secret Service, the stakes couldn't be higher. 007's mission is to neutralize the Russian operative Le Chiffre by ruining him at the baccarat table, forcing his Soviet masters to "retire" him. When Le Chiffre hits a losing streak, Bond discovers his luck is in - that is, until he meets Vesper Lynd, a glamorous agent who might yet prove to be his downfall. This audiobook includes an exclusive bonus interview with Dan Stevens.

I gave it a try and was hopeful as I enjoy the movies, but I couldn’t finish it. It was too slow and just seemed to drag on. 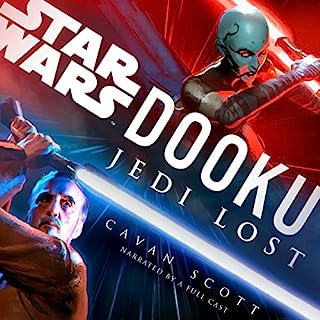 Darth Tyranus. Count of Serenno. Leader of the Separatists. A red saber, unsheathed in the dark. But who was he before he became the right hand of the Sith? As Dooku courts a new apprentice, the hidden truth of the Sith Lord’s past begins to come to light.

The story was pretty bland and the sound effects/music were a bit overwhelming. Voice actors did a good job. 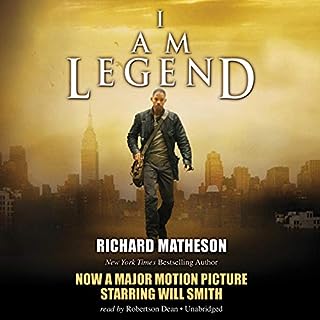 It was great and I enjoyed how different it was from the movie. Honestly I wouldn’t k ow the two were related if it wasn’t for the name. 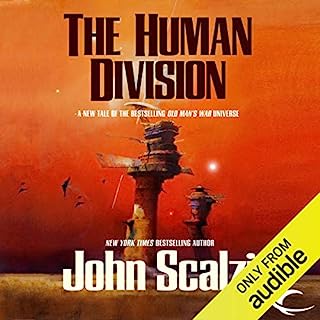 The people of Earth now know that the human Colonial Union has kept them ignorant of the dangerous universe around them. For generations the CU had defended humanity against hostile aliens, deliberately keeping Earth an ignorant backwater and a source of military recruits. Now the CU’s secrets are known to all. Other alien races have come on the scene and formed a new alliance - an alliance against the Colonial Union. And they’ve invited the people of Earth to join them. For a shaken and betrayed Earth, the choice isn't obvious or easy.

The series is not great. I tried my best to make it through, but I couldn’t do it. Finished this one about half way through. Out of hundreds of books this is only the third I couldn’t finish.