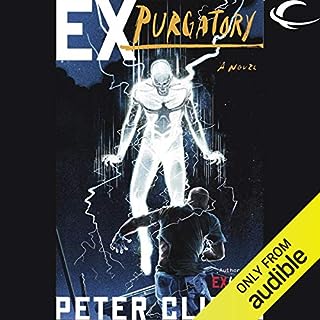 When he’s awake, George Bailey is just an ordinary man. Five days a week he coaxes his old Hyundai to life, curses the Los Angeles traffic, and clocks in at his job as a handyman at the local college. But when he sleeps, George dreams of something more. George dreams of flying. He dreams of fighting monsters. He dreams of a man made of pure lightning, an armored robot, a giant in an army uniform, a beautiful woman who moves like a ninja.

Having read the prev 3 ex heroes books, this one has been my least favourite thus far. All the heros are present and accounted for as usual, but for the vast majority of the book they are all 'power-less' and trapped in 'purgatory'. It takes nearly half the book for the story to start to progress at a reasonable pace, but even then, i found it slow going. The ending was great in my opinion, it was just the journey that seemed to drag on a bit. If you have not read any of the other books, I DO NOT recommend that you start with this one; there are lots and lots of referrences to adventures in prev books, so do yourself a favor and start at the beginning. Also, all the previous stories have multiple narrators, which for the characters in this book is a definite must (or it could be i've just gotten too used to it being that way). But this one is done by Jay Snyder solo, which, for all the female characters just didnt do it for me personally. I felt it was a step backwards. Anyway, still a decent read for all you Ex Heros fans, just dont expect quite the same as prev ones. On to book 5! 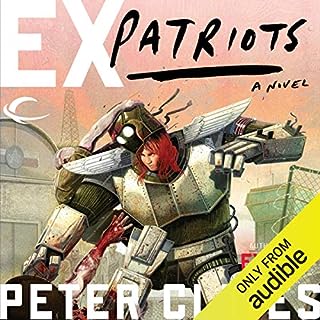 It’s been two years since the world ended. Two years since the dead rose and the plague of ex-humanity decimated mankind. For most of that time, the superhero called St. George, formerly known to the world as the Mighty Dragon, has protected the people of Los Angeles at their film-studio-turned-fortress, The Mount. Together with his fellow heroes, he’s tried to give the survivors hope and something like a real life. But the swollen population of The Mount is becoming harder and harder to sustain....

Great continuation of the story!

If you liked the first book, Ex-Heroes, you're going to enjoy this one. The whole team is back in action and they are up against new (and old) enemies this time. Narration was great as always. Cant wait to dive into book 3! 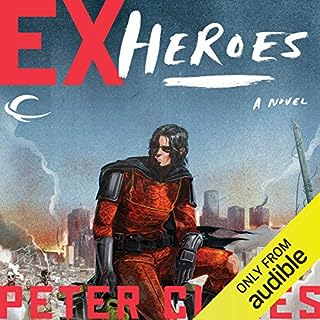 Stealth. Gorgon. Regenerator. Cerberus. Zzzap. The Mighty Dragon. They were heroes. Vigilantes. Crusaders for justice, using their superhuman abilites to make Los Angeles a better place. Then the plague of living death spread around the globe. Despite the best efforts of the superheroes, the police, and the military, the hungry corpses rose up and overwhelmed the country. The population was decimated, heroes fell, and the city of angels was left a desolate zombie wasteland like so many others.

Wasnt quite sure what to expect but imagine any zombie franchise meets Marvel universe. Basicaly zombies and superheroes. The narration is a little bit hard to follow at times with all the dialogue between characters but i got used to it pretty quickly. A male and female narrator works very well as there is good mix of character genders. All the heroes are unique and well defined and each has their own dynamic which i really liked. I quickly came to like each one as enjoyed hearing their respective backstory. Solid 5 stars, on to book 2!