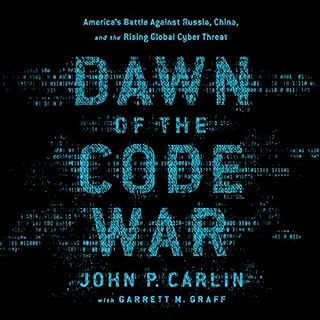 The inside story of how America's enemies launched a cyberwar against us - and how we've learned to fight back. In this dramatic audiobook, former assistant attorney general John P. Carlin takes listeners to the front lines of a global but little-understood fight as the Justice Department and the FBI chases down hackers, online terrorist recruiters, and spies.

Fascinating insight in how we've dealt with and should deal with such threats moving forward.