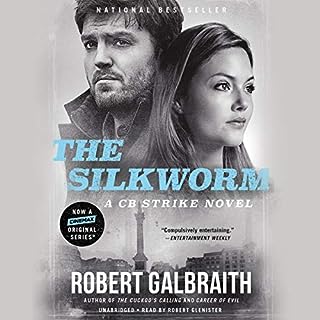 When novelist Owen Quine goes missing, his wife calls in private detective Cormoran Strike. At first, Mrs. Quine just thinks her husband has gone off by himself for a few days - as he has done before - and she wants Strike to find him and bring him home. But as Strike investigates, he discovers that Quine's disappearance is no coincidence. The novelist has just completed a manuscript featuring poisonous pen-portraits of almost everyone he knows.

Loved that the author didn't feel the need to rehash the first novel. The story was excellent and really kept my interest. I love how Robert Glenister narrates with the subtle voice and accent changes. H is never jarring or overly animated. 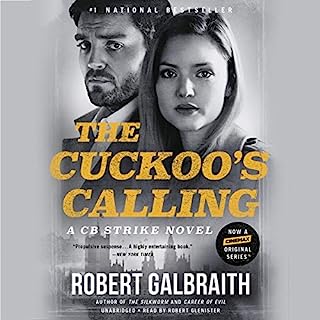 After losing his leg to a land mine in Afghanistan, Cormoran Strike is barely scraping by as a private investigator. Strike is down to one client, creditors are calling, and after a breakup with his longtime girlfriend, he’s living in his office. Then John Bristow walks through his door with a shocking story: His sister, the legendary supermodel Lula Landry - known to her friends as the Cuckoo - famously fell to her death a few months earlier.

The story was excellent. Most important to me is the character development and all the characters were realistic, had depth and made me want to know more.
The narration was great, not over the top with voices and the accents were bang on. He has an easy to listen to voice.