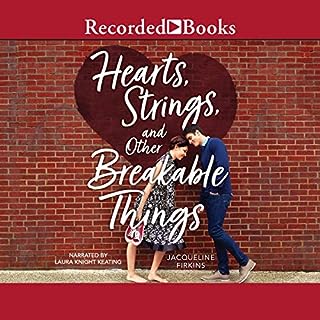 Mansfield, Massachusetts, is the last place 17-year-old Edie Price wants to spend her final summer before college. It's the home of wealthy suburban mothers and prima donnas like Edie's cousins, who are determined to distract her from her mother's death with cute boys and Cinderella-style makeovers. She's got her own plans, and they don't include any prince charming. But as she dives into schoolwork and getting a scholarship for college, Edie finds herself drawn to two Mansfield boys strumming for her attention.

Narrator was lovely in this. I liked this performance better than her "To All the Boys I've Loved Before'
The story was cute and I liked that she didn't totally give in the either boy, she held her own and followed her heart in the end. 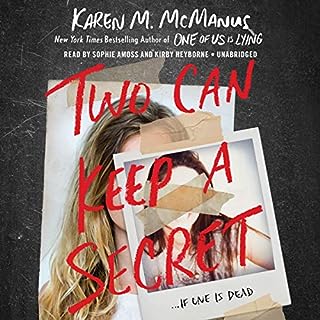 Echo Ridge is small-town America. Ellery's never been there, but she's heard all about it. Her aunt went missing there at age 17. And only five years ago, a homecoming queen put the town on the map when she was killed. Now, Ellery has to move there to live with a grandmother she barely knows. The town is picture-perfect, but it's hiding secrets. And before school even begins for Ellery, someone has declared open season on homecoming, promising to make it as dangerous as it was five years ago. Then, almost as if to prove it, another girl goes missing.

I liked that it was so suspenseful. It had a perfect ending to encompass the story. I wasn't totally drawn in by the voice of Malcolm, but overall it was still good narration. 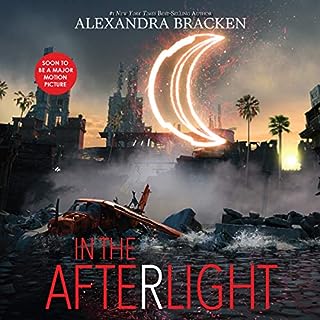 Ruby can’t look back. Fractured by an unbearable loss, she and the kids who survived the government’s attack on Los Angeles travel north to regroup. Only Ruby can keep their highly dangerous prisoner in check. But with Clancy Gray, there's no guarantee you're fully in control, and everything comes with a price

In Love With This Book

Third book in the series didn't disappoint! Such vivid pictures created, pulled so deeply into the characters and their emotions. It was a perfect ending, I really felt the closure that the story was complete. 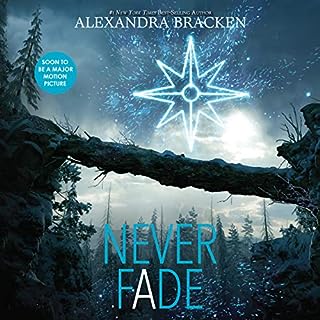 Ruby never asked for the abilities that almost cost her her life. Now she must call upon them on a daily basis, leading dangerous missions to bring down a corrupt government and breaking into the minds of her enemies. Other kids in the Children’s League call Ruby “Leader", but she knows what she really is: a monster. When Ruby is entrusted with an explosive secret, she must embark on her most dangerous mission yet: leaving the Children’s League behind.

I have been so drawn into this story. The performance by Amy McFadden is amazing, and I can't wait to dive into the next book. 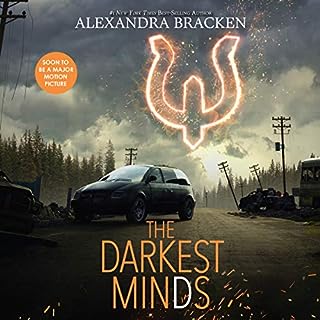 When Ruby woke up on her 10th birthday, something about her had changed. Something frightening enough to make her parents lock her in the garage and call the police. Something that got her sent to Thurmond, a brutal government “rehabilitation camp.” She might have survived the mysterious disease that had killed most of America’s children, but she and the others emerged with something far worse: frightening abilities they could not control.

I really loved this book! The voices for each character were clear and precise. Can't wait to listen to the next book in the series. 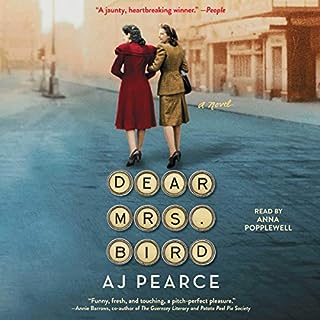 London, 1940. Emmeline Lake is Doing Her Bit for the war effort, volunteering as a telephone operator with the Auxiliary Fire Services. When Emmy sees an advertisement for a job at the London Evening Chronicle, her dreams of becoming a Lady War Correspondent suddenly seem achievable. But the job turns out to be working as a typist for the fierce and renowned advice columnist Henrietta Bird. Emmy is disappointed but gamely bucks up and buckles down.

This novel took me back in time. I enjoyed that even though it was a fictional tale, it could have been the real story of anyone in that time. The narrator was amazing and I appreciate a British reader for a Britain based novel.