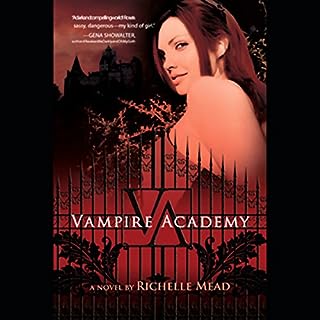 St. Vladimir's Academy isn't just any boarding school - it's a hidden place where vampires are educated in the ways of magic and half-human teens train to protect them. Rose Hathaway is a Dhampir, a bodyguard for her best friend Lissa, a Moroi Vampire Princess. They've been on the run, but now they're being dragged back to St. Vladimir's - the very place where they're most in danger.

It literally sounds like a robot is reading the book. Her pauses are unnatural, broken up and abrupt. She lacks emotion and emphasis. I love this book and I'm so disappointed with whoever is voicing this. 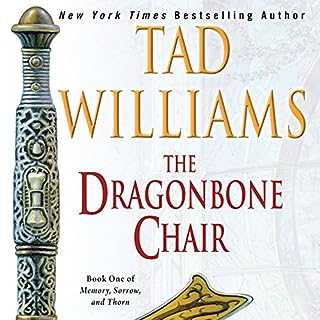 A war fueled by the dark powers of sorcery is about to engulf the peaceful land of Osten Ard - for Prester John, the High King, slayer of the dread dragon Shurakai, lies dying. And with his death, an ancient evil will at last be unleashed, as the Storm King, undead ruler of the elvishlike Siti, seeks to regain his lost realm through a pact with one of human royal blood. Then, driven by spell-inspired jealousy and hate, prince will fight prince, while around them the very land begins to die.

I loved the story but did not like the way certain characters were voiced. Simon ended up being portrayed as a simpleton and it bothered me.