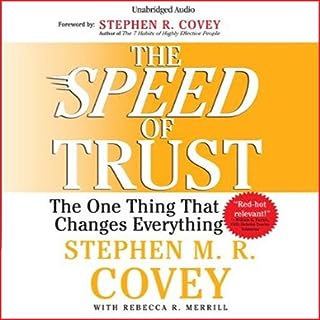 For business leaders and public figures in any arena, The Speed of Trust offers an unprecedented and eminently practical look at exactly how trust functions in our every transaction and relationship - from the most personal to the broadest, most indirect interaction - and how to establish trust immediately so that you and your organization can forego the time - killing, bureaucratic check - and - balance processes so often deployed in lieu of actual trust.

Great truths unpacked in a useful way, found myself understanding where management failed and how to make it better. 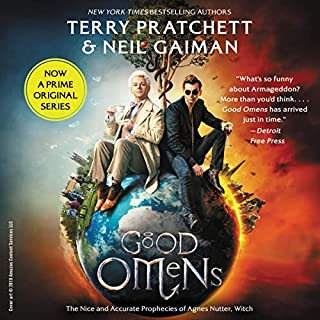 The world will end on Saturday. Next Saturday. Just before dinner, according to The Nice and Accurate Prophecies of Agnes Nutter, Witch, the world's only completely accurate book of prophecies, written in 1655. The armies of Good and Evil are amassing and everything appears to be going according to Divine Plan. Except that a somewhat fussy angel and a fast-living demon are not actually looking forward to the coming Rapture. And someone seems to have misplaced the Antichrist.