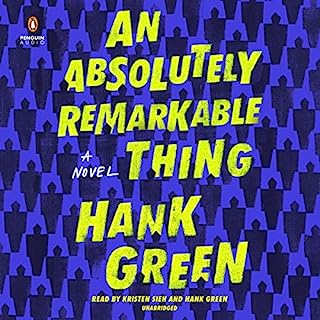 The Carls just appeared. Coming home from work at three a.m., 23-year-old April May stumbles across a giant sculpture. Delighted by its appearance and craftsmanship - like a 10-foot-tall Transformer wearing a suit of samurai armor - April and her friend Andy make a video with it, which Andy uploads Online. The next day April wakes up to a viral video and a new life. News quickly spreads that there are Carls in dozens of cities around the world - everywhere from Beijing to Buenos Aires - and April, as their first documentarian, finds herself at the center of an intense media spotlight.

Follow hank on YouTube. Was super excited about this book coming out. Was a little disappointed with the product. The story was a little zany and never quite had the character development that his brother is so famous for. The recording is very good but just never quite tugged at the heartstrings. Perhaps because it’s the authors first book, but I just was expecting more because of the high quality of his online content. So in a word... underwhelming 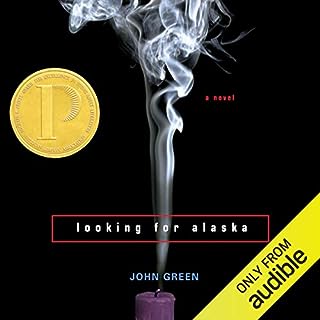 Miles Halter is fascinated by famous last words - and tired of his safe life at home. He leaves for boarding school to seek what the dying poet François Rabelais called "The Great Perhaps." Much awaits Miles at Culver Creek, including Alaska Young, who will pull Miles into her labyrinth and catapult him into the Great Perhaps.

John greens prose is incredible heartfelt and honest. Philosophical with a gripping narrative. Give it a listen. You won’t be disappointed.