How Audio Books Should be!

Stephen Fry is an excellent narrator. I prefer to listen to this rather than watch a show! Of course the stories are fantastic, but I mean... Sherlock Holmes, right? Fry really adds to the stories. Doesn't overdo it . #Audible1 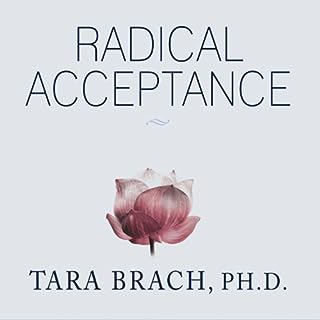 "Believing that something is wrong with us is a deep and tenacious suffering," says Tara Brach at the start of this illuminating book. This suffering emerges in crippling self-judgments and conflicts in our relationships, in addictions and perfectionism, in loneliness and overwork - all the forces that keep our lives constricted and unfulfilled. Radical Acceptance offers a path to freedom, including the day-to-day practical guidance developed over Dr. Brach's 20 years of work with therapy clients and Buddhist students.

foundational reading for a meditation practice. draws on multiple lineages and tradtions, mostly but not solely Buddhist. could certainly "take what you like and leave the rest", meaning, wisdom is wisdom---irregardless of what tradition it arise from. many possibilities to take the seeds Brach gifts us with and plant them in gardens of all spiritual traditions. 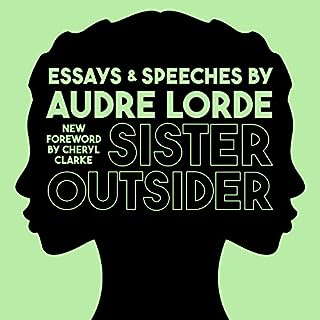 Presenting the essential writings of black lesbian poet and feminist writer Audre Lorde, Sister Outsider celebrates an influential voice in 20th-century literature. In this charged collection of 15 essays and speeches, Lorde takes on sexism, racism, ageism, homophobia, and class and propounds social difference as a vehicle for action and change. Her prose is incisive, unflinching, and lyrical, reflecting struggle but ultimately offering messages of hope.

At first, the narrator is almost impossible to follow--the cadence is particularly difficult for my brain to process. Doesn't follow typical language patterns at times: pauses btwn...every three words... sounds... staccato :) Makes it tough to know when a sentence ends, BUT it gets better (or maybe I just got used to the narrator as time went on---either way). Lourde is, as always, perfection though. Forever grateful.