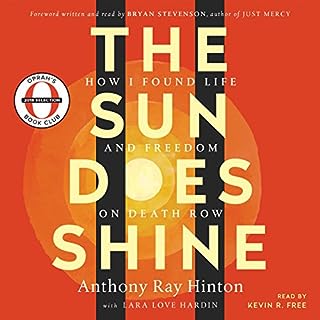 In 1985, Anthony Ray Hinton was arrested and charged with two counts of capital murder in Alabama. Stunned, confused, and only 29 years old, Hinton knew that it was a case of mistaken identity and believed that the truth would prove his innocence and ultimately set him free. But with an incompetent defense attorney and a different system of justice for a poor black man in the South, Hinton was sentenced to death by electrocution. He spent his first three years on Death Row at Holman State Prison in despairing silence.

From an unfair, un-win-able trial to a life lost for a crime he didn't commit. This story gripped me from the very first words, right until the end. And I still wanted to know more about the life and times of Ray and the rest on Death Row. Truly a Must Listen To!!