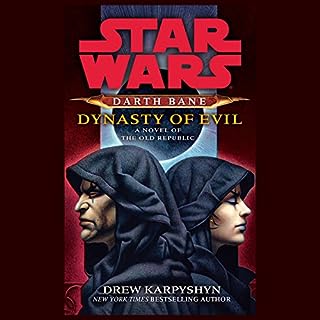 Twenty years have passed since Darth Bane, reigning Dark Lord of the Sith, demolished the ancient order devoted to the dark side and reinvented it as a circle of two: one Master to wield the power and pass on the wisdom, and one apprentice to learn, challenge, and ultimately usurp the Dark Lord in a duel to the death. But Bane’s acolyte, Zannah, has yet to engage her Master in mortal combat and prove herself a worthy successor. Determined that the Sith dream of galactic domination will not die with him, Bane vows to learn the secret of a forgotten Dark Lord that will assure the Sith’s immortality - and his own.

a great end to a well set up villain and the rule of 2. 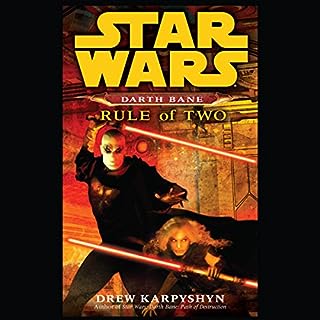 In the New York Times best-seller Darth Bane: Path of Destruction, Drew Karpyshyn painted a gripping portrait of a young man’s journey from innocence to evil. That man was Darth Bane, a twisted genius whose iron will, fierce ambition, and strength in the dark side of the Force made him a natural leader among the Sith - until his radical embrace of an all-but-forgotten wisdom drove him to destroy his own order...and create it anew from the ashes.

A great follow up to Path of Destruction. It really displays the growth of Zanna well 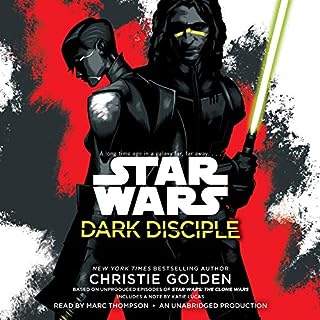 A sleeper epic and worthwhile conclusion to a relatively unexplored character in Star Wars.