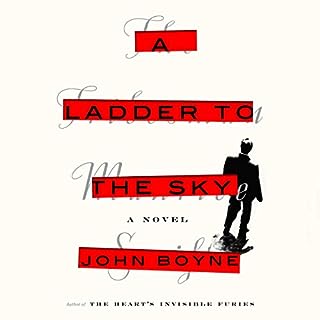 Maurice Swift is handsome, charming, and hungry for fame. The one thing he doesn’t have is talent - but he’s not about to let a detail like that stand in his way. After all, a would-be writer can find stories anywhere. They don’t need to be his own. Working as a waiter in a West Berlin hotel in 1988, Maurice engineers the perfect opportunity: a chance encounter with celebrated novelist Erich Ackermann. He quickly ingratiates himself with the powerful - but desperately lonely - older man, teasing out of Erich a terrible, long-held secret about his activities during the war.

Wow! When I first saw the amount of voice actors in this I was surprised - I’m usually a one voice kind of auidobooker, but this book blew me away. Each voice is its own character and narrates its perspective rather than there being a dialogue – which is what I initially thought was going to be the case. The way that the talent was able to convey such a multitude of characters while still feeling individual from each other was astounding. I don’t think I would have liked this book nearly as much as I did if it weren’t for the voice talent.