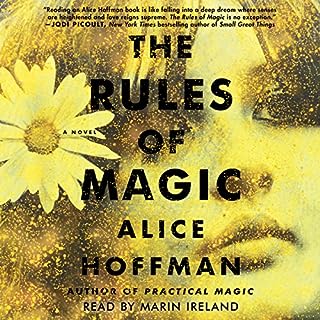 For the Owens family, love is a curse that began in 1620, when Maria Owens was charged with witchery for loving the wrong man. Hundreds of years later, in New York City at the cusp of the '60s, when the whole world is about to change, Susanna Owens knows that her three children are dangerously unique.

You will fall in love with these characters. Franny and Jet will seem like the family and their pains and triumph will become yours. But, this isn't a story about witches and magic. It's a story about the lives of two girls who happen to be witches.