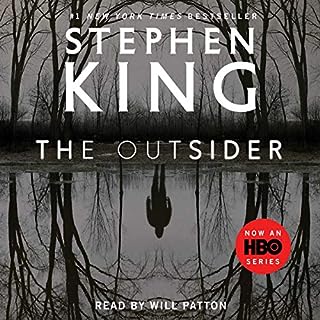 I couldn't stop listening. If I had this in book form, I wouldn't be able to put it down. 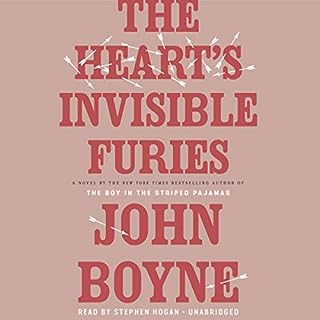 Cyril Avery is not a real Avery - or, at least, that's what his adoptive parents tell him. And he never will be. But if he isn't a real Avery, then who is he? Born out of wedlock to a teenage girl cast out from her rural Irish community and adopted by a well-to-do if eccentric Dublin couple via the intervention of a hunchbacked Redemptorist nun, Cyril is adrift in the world, anchored only tenuously by his heartfelt friendship with the infinitely more glamorous and dangerous Julian Woodbead.

Set mainly in Ireland, this novel covers many social attitudes in regard to homosexuality, the Catholic church and its flaws, shortcomings, and contradictions. We follow the life of Cyril Avery, born in 1945 to an unwed mother, the adopted son of Maude and Charles Avery (who make sure that he is aware of his adoptive status throughout their lives). At a young age, Cyril becomes aware that he is gay. This is especially scandalous in a country where it was illegal to be a homosexual until 1993. Cyril spent years hiding his homosexuality, even going so far as to marry the sister Alice, of his best friend, Julian, with whom he was in love. It was on his wedding day to Alice, that he admitted that he was gay to Julian and professes his love for him. Julian rejects him as he is heterosexual, and is affronted and angered by Cyril's confession. Cyril leaves his bride Alice at the wedding reception, abandoning Ireland for Amsterdam. There are many branches that lead from this beginning, taking Cyril on his life journey. This story weaves a compelling drama that you won't want to stop listening to. There is also plenty of humour interjected along with the sadness, and injustices experienced by the very real characters in this book. The only downfall is with the audio. The narrator, when taking on the voice of Cyril, tends to soften his voice, making it hard for me hear when listening while driving. As this is when I get the most opportunity to listen to Audible, I found it somewhat frustrating. Other than that, I highly recommend this novel. 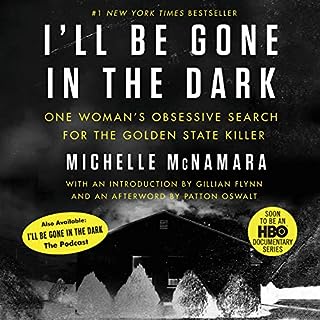 A masterful true crime account of the Golden State Killer - the elusive serial rapist turned murderer who terrorized California for over a decade - from Michelle McNamara, the gifted journalist who died tragically while investigating the case.

I wish I hadn't read this but at the same time it woke me up. Anyone is susceptible to home invasion, which could lead to rape, murder, or other physical harm. I am now much more careful in my home and out. This book has made me less trustful. Evil people are everywhere, and we really don't know what goes on in the minds of others, or what secrets they hold from their past. I don't think I'll ever read another true crime book. It was too disturbing. 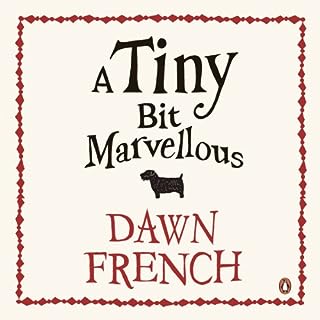 Everyone hates the perfect family. So you’ll love the Battles. Mo is about to hit the big 50, and some uncomfortable truths are becoming quite apparent: She doesn’t understand either of her teenage kids, which as a child psychologist, is fairly embarrassing. She has become entirely grey, inside, and out. Her face has surrendered and is frightening children....

Dawn French is not only a fantastic comedian, and actress, but has also demonstrated an outstanding story writing skill. I was drawn into this family and all the quirky characters immediately. I laughed, I empathized, I cried. I will be looking for another Dawn French book. 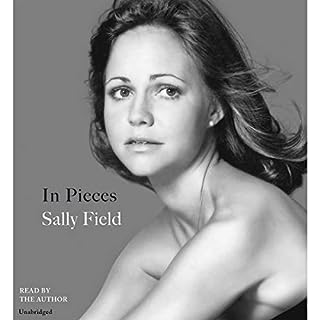 In this intimate, haunting, literary memoir read by the author, an American icon tells her story for the first time, in her own gorgeous words - about a challenging and lonely childhood, the craft that helped her find her voice, and a powerful emotional legacy that shaped her journey as a daughter and a mother.

Sally Field tells all about her life in a brutally honest way. She dealt with the subject of abuse and its lifelong effects with an open and forthright manner. These memories must have been difficult to not only remember but record.

If I Could Rate Higher Than Five - I Would.

Beautifully written, and moving account of a young native man's life. This should become required reading in every high school in Canada. Raw, emotional, and spiritual recounting of the trauma lived by indigenous children in one particular residential school in northern Ontario. This is not easy listening but must be heard or read. Narration was the best I have ever listened to on Audible. Once I started listening, I did not want to stop. 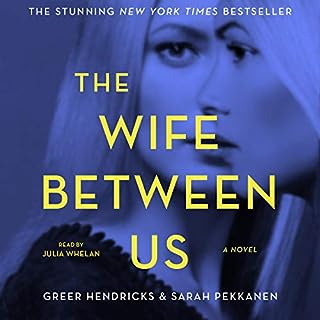 When you listen to this audiobook, you will make many assumptions. You will assume you are listening to a story about a jealous ex-wife. You will assume she is obsessed with her replacement - a beautiful, younger woman who is about to marry the man they both love. You will assume you know the anatomy of this tangled love triangle. Assume nothing. Twisted and deliciously chilling, The Wife Between Us exposes the secret complexities of an enviable marriage - and the dangerous truths we ignore in the name of love.

Plenty of plot twists and turns. Believable characters. Accurately portrays the plight of the abused woman and the damaged men who can destroy their lives. Performance is good except the men's voices. I never enjoy a woman trying to sound like a man. It doesn't portray as real so I'd rather listen without the changing of the voice.