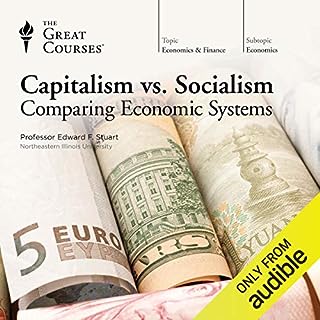 Ever since we produced our course Thinking About Capitalism, customers have expressed interest in a follow-up course that could help them understand socialism in the same way. After much consideration, we determined that it actually would be more beneficial to create a course that compares and contrasts the two major global economic theories, examining them in ways that move past the polemics many of us are used to and looking at these systems as they relate to one another and the world at large.

Indeed a great course, rich with knowledge and insight. Dr. Stewart is consistently engaging and occasionally humorous. It's a down-to-earth, easy to comprehend analysis of over 100 years of historical events and their effects on economies and populations. It was my intro to economics and I hungrily listened all the way through. Sincerely recommended. 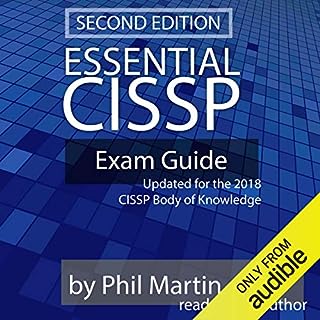 The CISSP certification is the gold standard for security professionals, but ISC2‘s official study guide is anything but easy to read. Many books have tried to simplify this but fail to leave behind the $100 words and run-on sentences. An update to the original Simple CISSP book, Essential CISSP Exam Guide takes the entire official study guide and breaks it down into easy-to-absorb chapters with simple language. Tons of examples are included to drive the points home in a way that makes it effortless to remember.

The knowledge in this book is solid and mostly well-written. Terms are defined clearly, concepts are described specifically and with examples, and there's even a splash of humour here and there. It's by all means a good book.

Unfortunately, a good book does not always translate into a competent audiobook.

Phil Martin is a fine writer but a poor narrator. He starts the audiobook by stating that he chose to read the book himself, and not hire a voice actor, because he was afraid of mispronunciation. Unfortunately for him, that's the watermark he'd be judged against for these 17 long hours.

Martin's Texan drawl is charming enough but if English isn't your first language you will definitely struggle with his accent ("and" is "eeyand", "right" is "rat"). Aside from outright mispronounced words ("high-archical") and technological terms (warez should be "wares" but he pronounces it "wor-rez"), he doesn't know how to vocally emphasize the important parts of a sentence. For example, when conveying the distinction between two easily-confused risk analysis concepts he frustratingly talks about "qualiTAtive versus quantiTAtive" (instead of "QUALitative versus QUANtitative").

Cohesiveness is another problem. The reading and tone are inconsistent from beginning to end, with the author starting out with clear, deliberate enunciation but gradually easing into a conversational tone (either would be fine, but pick one!). The editing is also distracting; this audiobook is updated for 2018 but new sections have been sloppily grafted in with an awful microphone, transitioning between wildly different recording qualities and sometimes straining my speakers when the letters P and S are spoken. About halfway through the book the editing becomes even lazier where he'll read a few words, stumble, and start over again. These are all details a professional editor would have caught.

Some people may find these technical criticisms inconsequential but I found them critically distracting. After a few hours I was ready to request a refund from Audible. Unfortunately there were no alternative CISSP audiobook study guides so I stuck with this one.

I tolerated this audiobook. The amateurish production constantly drew attention to itself and made studying a lot slower and harder than it needed to be. My recommendation is to only use this as supplemental study material - take a class or read the ISC2 book first.