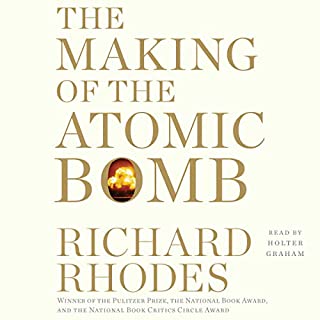 Here for the first time, in rich human, political, and scientific detail, is the complete story of how the bomb was developed, from the turn-of-the-century discovery of the vast energy locked inside the atom to the dropping of the first bombs on Japan. Few great discoveries have evolved so swiftly - or have been so misunderstood. From the theoretical discussions of nuclear energy to the bright glare of Trinity, there was a span of hardly more than 25 years.

Great book and narration at 37 plus hours she is a long one but most definitely worth a listen.  #Audible1