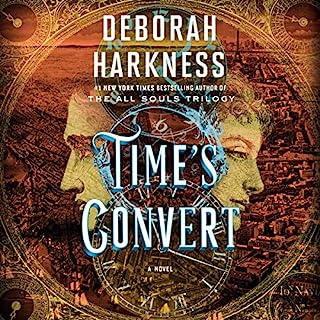 On the battlefields of the American Revolution, Matthew de Clermont meets Marcus MacNeil, a young surgeon from Massachusetts, during a moment of political awakening when it seems that the world is on the brink of a brighter future. When Matthew offers him a chance at immortality and a new life, free from the restraints of his puritanical upbringing, Marcus seizes the opportunity to become a vampire.

An insight to Marcus Whitmore / DeClairmont

Great performance though some of the accents are different for some characters it seems. Loved finding out about how Marcus was made and how Phoebe deals with becomming a vampire. 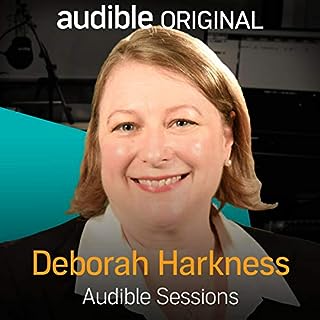 Born in 1965, Harkness grew up near Philadelphia, Pennsylvania, and went on to study at University of California and Oxford University to name just two. She is a well-regarded historian of science and medicine as well as having studied alchemy, magic and the occult. Her All Souls trilogy of books earnt her a firm following, leaving fans excited for her latest release, Time's Convert. Deborah talks to us about her latest title, how she went from historian to author and the television adaptation of A Discovery of Witches.

A great little insight into the mind of Deborah Harkness and the All Souls Trilogy and Time's Convert.