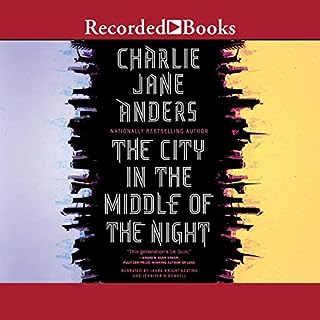 January is a dying planet - divided between a permanently frozen darkness on one side, and blazing endless sunshine on the other. Humanity clings to life, spread across two archaic cities built in the sliver of habitable dusk. Sophie, a student and reluctant revolutionary, is supposed to be dead, after being exiled into the night. Saved only by forming an unusual bond with the enigmatic beasts who roam the ice, Sophie vows to stay hidden from the world, hoping she can heal.

The work of an incredible imagination, with many-layered, relevant themes. I haven't seen enough good sci-fi that is also filled with vivid emotions and characters. Compared to "All the Birds In the Sky," I think this one is more "telly" - there are long passages telling you in the abstract about characters' feelings and motivations, instead of characterizing them through actions. But if you're like me, you'll find the prose poetic enough that you won't mind too much. If a moment feels cliche, press on, it doesn't turn out how you think. 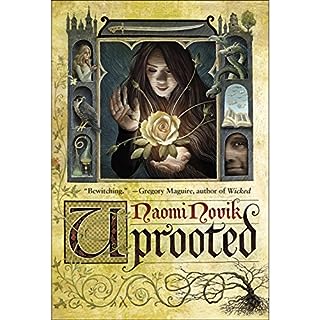 Agnieszka loves her valley home, her quiet village, the forests and the bright shining river. But the corrupted Wood stands on the border, full of malevolent power, and its shadow lies over her life. Her people rely on the cold, driven wizard known only as the Dragon to keep its powers at bay. But he demands a terrible price for his help: one young woman handed over to serve him for 10 years, a fate almost as terrible as falling to the Wood.

the conception of magic is even more captivating and ingenious than "spinning silver", but it becomes more downplayed as the plot gains unwieldy complexity and becomes hard to understand. the narrator conveys passion and conviction, but also reads with an uneven rhythm that makes some sentences hard to follow. "spinning silver" is more coherent, but this book contains certain passages that achieve transcendence in their vivid, synesthetic description of how magic feels to use. 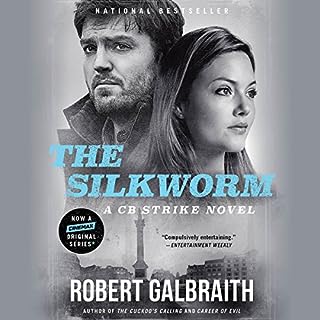 When novelist Owen Quine goes missing, his wife calls in private detective Cormoran Strike. At first, Mrs. Quine just thinks her husband has gone off by himself for a few days - as he has done before - and she wants Strike to find him and bring him home. But as Strike investigates, it becomes clear that there is more to Quine's disappearance than his wife realizes. The novelist has just completed a manuscript featuring poisonous pen-portraits of almost everyone he knows.

The plot didn't make quite as much sense to me as Cuckoo's Calling, but still a powerful, interesting book with really well drawn characters, and Glenister's best performance yet. 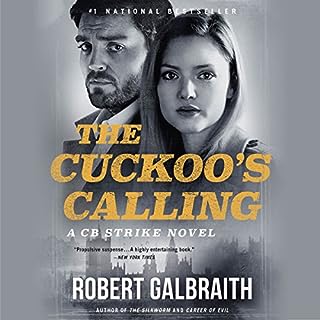 After losing his leg to a land mine in Afghanistan, Cormoran Strike is barely scraping by as a private investigator. Then John Bristow walks through his door with an amazing story: his sister, the legendary supermodel Lula Landry, famously fell to her death a few months earlier. The police ruled it a suicide, but John refuses to believe that. The case plunges Strike into the world of multimillionaire beauties, rock-star boyfriends, and desperate designers, and it introduces him to every variety of pleasure, enticement, seduction, and delusion known to man.

The work of a master

Vivid, interesting characters and an intricate plot. Genuine suspense. The narrator is very talented and inhabits all the characters effectively and affectingly. 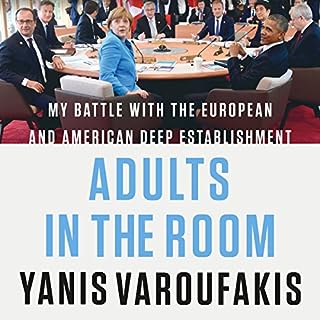 What happens when you take on the establishment? In Adults in the Room, renowned economist and former finance minister of Greece Yanis Varoufakis gives the full, blistering account of his momentous clash with the mightiest economic and political forces on earth.

When you feel a little lost about the economics in the middle, stick with it anyway. You will still get the essence of the book, which an uncommonly clear picture of the struggle of our times.