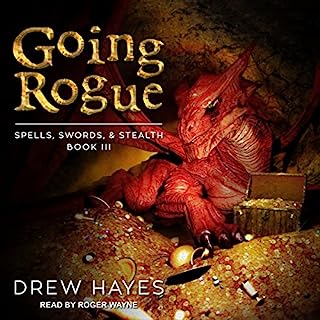 Adventuring is a costly affair, and while the tolls are often paid in blood, gold can drain away just as quickly. The party's trek out of Solium and across the lands of Alcatham has left them with only a handful of gold between them. Fortunately, they have drawn near Camnarael, Alcatham's capital, where all manner of quests - and rewards - await. But all is not as expected in the capital.

I really love this story and these characters. Can't wait to find out what comes next!! So many possibilities!
Again, the narrator does a great job giving the characters a voice of their own. (Still miss Grumble's British accent from the first book. lol!)